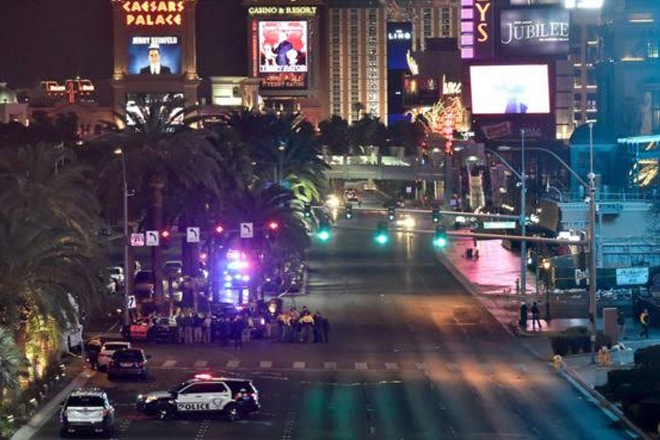 (BBC) At least one person has died and 36 have been injured after a car ran down pedestrians in front of a hotel in Las Vegas, officials said.

Police say they believe the crash was intentional but terrorism has been ruled out.

The vehicle left the northbound lane of Las Vegas Boulevard and mounted the sidewalk twice at about 6:30pm local time (02:30 GMT) on Sunday evening.

The female driver, aged in her 20s, fled the scene but was later arrested.

She is being tested for alcohol and drugs.

A three-year-old child was found unhurt inside the car when police tracked it down.

“At this point we are treating this as an intentional act,” said Capt Dan McGrath of the Las Vegas police.

Earlier, another police captain told reporters it was not an act of terrorism.

The person killed was an adult but witnesses say those hit by the car also include children.

Seven people were in a critical condition, according to officials.

The Miss Universe beauty pageant was being held in a nearby hotel at the time of the crash.

The car appeared to be travelling between 30-40mph (48kph-64kph) as it hit pedestrians, according to one witness.

Another witness said she saw victims “flying through the air.”

“The car was like a bowling ball and the human bodies were like pins,” Rabia Qureshi told local broadcaster KSNV.

The city’s famed Strip has been closed and sealed off as police investigate.