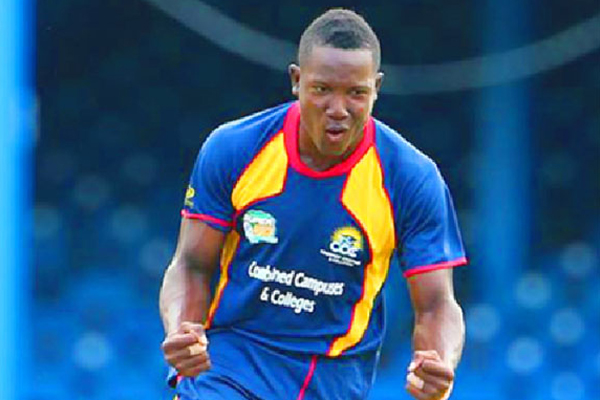 Port of Spain, Trinidad – The Combined Campuses & Colleges Marooners pulled off a sensation one-wicket victory over the Guyana Jaguars with Christopher Powell hitting a boundary off the penultimate ball of the match to take his side home.

Set a small target of 172 runs, the Marooners struggled in their chase, consistently losing wickets along the way. Paul Palmer kept up the inning with a patient knock of 32 from 94 balls but once he went, the Marooners slipped back into trouble.

With a tense finish in sight, Ravmon and Christopher Powell took the Marooners to within touching distance of victory. Powell hit an aggressive 31 from 30 balls but it would be Christopher that turned out to be the hero.

With the Marooners needing 11 runs from the last over, Ryan Austin edged a boundary and then scrambled to Christopher Powell on strike. Raymon Reifer could not hold his nerves, delivering three wides during the last six balls of the match. With CCC needing three runs from two balls to win, Powell slammed the penultimate ball straight of long-on that beat the fielder’s dive.

Earlier, the Guyana Jaguars limped to 171/9 from their 50 overs. The Marooners bowled tightly and the batsmen were slow out of the starting blocks. The innings only picked up when Veerasammy Permaul (29*) and Anthony Bramble (20) met nearing the end of the innings.