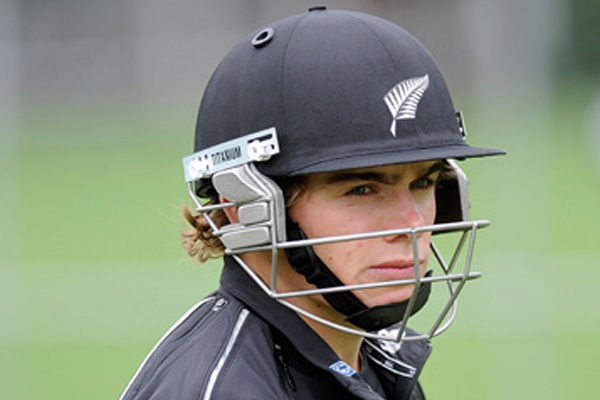 (Sports) Before this match, 21-year-old Tom Latham had boasted that even this depleted New Zealand side backed themselves to chase tall scores against Sri Lanka. Striking a scintillating career-best 86 off 68 deliveries, Latham proved that threat was not just bluster, as he carried the visitors most of the distance of their 8.6-an-over, rain-shortened chase before an ebullient Nathan McCullum pulled the match from the brink again, plundering the required 20 off the final over to propel New Zealand beyond the target of 198 off the last ball. Along the way, Luke Ronchi hit his best score for New Zealand, making 49 in the belligerent 93-run partnership with Latham that resurrected the innings, after four wickets had fallen early.