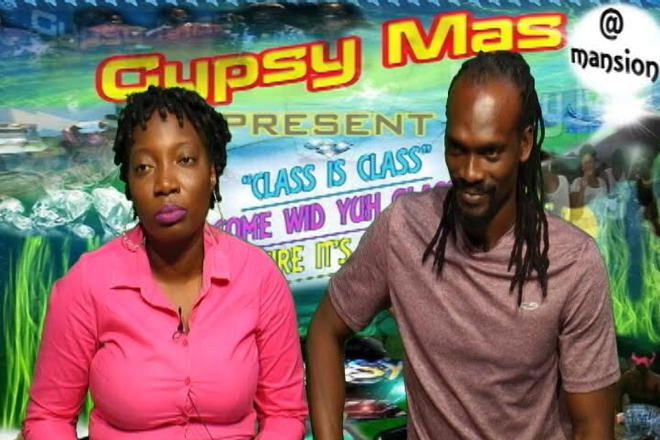 Launch Of Gypsy Mas Celebrations Only Days Away

Marketing Manager of the Gypsy Mas Committee, Odessa Pemberton says the festival is all about bringing the communities together.

“It is a small group that came together to form a festival, a village festival. It’s streaming from Christ Church to Mansion and we want to bring back a little comradery and you know togetherness in the community. So we just decided we’re going to bring a festival and we’re going to involve everyone from the big man to the little one, just bring everybody together, we all have fun”, she said.

Road and Stage Manager Wayne “Cutchie” Clarke said the name Gypsy Mas was an easy way to combine our African culture and heritage with the festivities.

“The word Gypsy if you really go way back, it is connected to Africa in the sense of Egypt. Egyptian, it derives from that name for African people were travelling outside of Africa and some were called Gypsy. So we use that name to connect ourselves back to that of our ancestors,” Clarke explained.

Pemberton said she is inviting everyone to support the community celebration and added that activities run from Sunday March 6th until the 20th.

“On behalf of the Family & Friends of Mansion and Christ Church, I would like each and every one to come on out and support the Gypsy Mas festival from the 6th of March until the 20th. It would be great, it would be different, so just come out, support and trust me you would have a grand time”, Pemberton indicated.

The Community Festival will host various activities such as a Community-Clean Up, a Talent Night, a Queen & Calypso Show, and a J’ouvert jam.

The theme for the festival is “Class is Class, Come Wid Yuh Glass; Ignite The Fire It’s A Gypsy Desire”.

More information will be available on the Friends & Family of Gypsy Mas Facebook page.