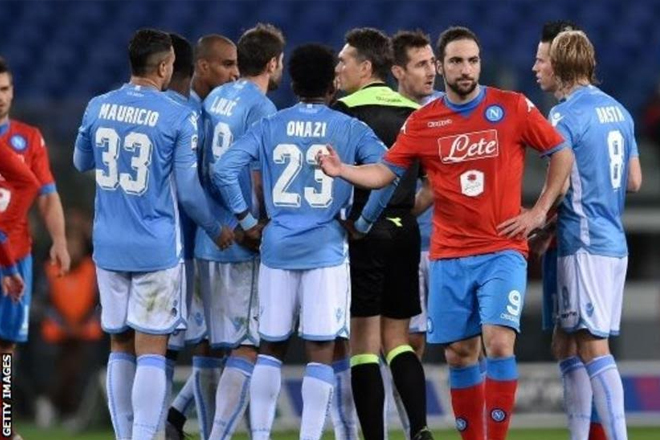 Lazio: Serie A club fined for racist chanting against Napoli

Lazio have been fined 50,000 euros after their match against Napoli on Wednesday was temporarily halted following racist chants.

The Rome club will also have to close three sections of the Stadio Olimpico ground for their next two Serie A home games.

The match was stopped for three minutes in the second half after some fans aimed racist chants at Napoli defender Kalidou Koulibaly.