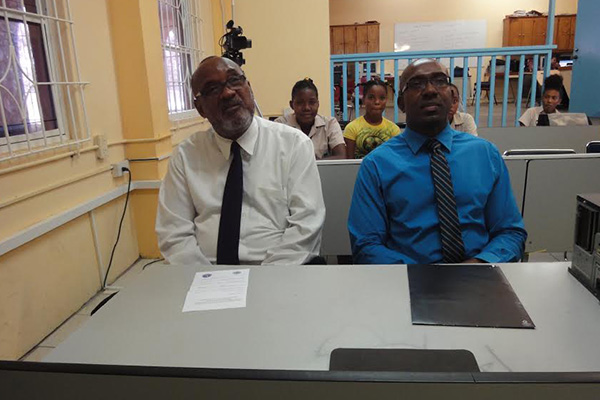 Basseterre, St. Kitts: In what was one of the most unique media launches ever held in the Federation, LIME along with the Federal Government and the Eastern Caribbean Telecommunications Authority (ECTEL) executed the very first live streaming video-conference (launch) of the “Government of St. Kitts-Nevis Educational Network Project (GoSKN EDUNET)”.

GoSKN EDUNET, powered by LIME’s broadband network infrastructure will facilitate a new era in communication and e-learning within the eight (8) public schools within the Federation. Beyond the ability to provide faster Internet access to students within these institutions, EDUNET allows for a teacher in one school to conduct a class via live video conferencing with students at an entirely different school.

Additionally, students or teachers from St. Kitts and from Nevis can digitally interface on a regular basis for discussions, subject reviews or any other related activity.

Speaking on the network that forms the backbone of this new system, General Manager of LIME St. Kitts & Nevis Ltd, Mr. David Lake stated, “LIME submitted and won this opportunity to again further serve the Federation. We have not only delivered, but delivered on-time and within budget, a State of the Art High-speed Network, that is robust, secure, and highly scalable”.

Mr. Lake also highlighted LIME’s continued involvement in education and community development within the Federation. LIME has undertaken such initiatives as the provision of free wireless Internet at all community centers throughout St. Kitts and Nevis. In addition, the company’s involvement in the Advancement of Children Foundation and sponsorship of the Academic Excellence Awards for over 20 years, are also notable.