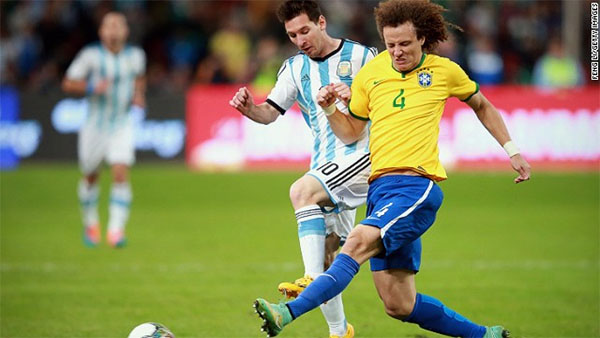 Goals either side of half-time from Diego Tardelli were enough to ensure Brazil trumped its great South American rival for the first time since 2012.

A mix up in the Argentina defense enabled Atletico Miniero midfielder Tardelli to carefully place a volley beyond Argentina keeper Sergio Romero after 28 minutes.

Messi then had the chance to draw la Albiceleste level after Angel Di Maria was brought down in the box just before half time. But the Barcelona star’s tame penalty was easily saved by Jefferson in the Brazil goal.

An unmarked Tardelli put Brazil out of sight when he took advantage of yet more poor Argentina defending to nod in an Oscar corner after 64 minutes.

While not a competitive fixture, the result marks Brazil’s third consecutive win since its disastrous exit at the hands of Germany at the 2014 World Cup.