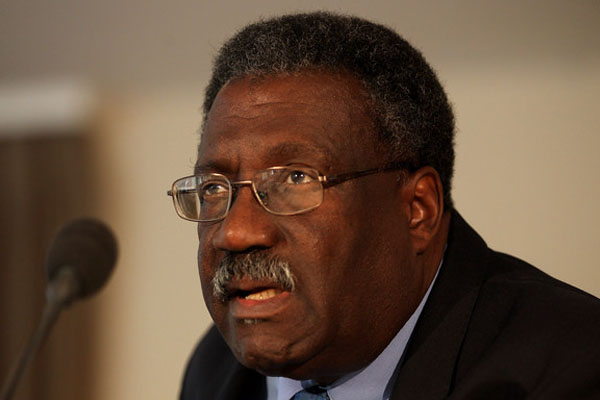 Lloyd: Bravo, Pollard’s omission not the end of the road

Sports Page — Chairman of selectors Clive Lloyd has defended the non-selection of Dwayne Bravo and Kieron Pollard to the West Indies World Cup side insisting that the pair’s omission was not victimisation and that the time was right try something different.

The former West Indies captain, speaking on the Sportsmax Zone, also noted that it is not the end of the road for the Trinidad and Tobago pair who he encouraged to earn their way back into the side.

Asked if he was given a directive not to choose the T&T all-rounder, Lloyd said: “No. I never spoke to anybody.”

“Let people understand that we have been at the bottom rung of the ladder for the last eight years or more with the same players, recycling people all the time,” Lloyd explained.

“The point is that now we tried to see if we can change things. It is obvious picking a West Indies team is not easy. If you look at the stats of our players, they are not wonderful so we will be picking players averaging 20, 25, some even 19…We starting from scratch,” he added.

He said there were two days of discussions between the selectors and the Windies ODI captain and he described the decision to leave out Bravo and Pollard as a difficult one but a necessary one.

“There was two days of discussions with the three others selectors and the captain and there were very strong arguments for the players and we came out with what we though was a pretty good team,” Lloyd explained.

“It was not easy to leave out those two guys. It is a discussion that went on and one and on and in the end we thought that we have so many all-rounders. We were trying to see if we can introduce some new faces and as far as I am concerned I think we have a good all-round one-day side,” he added.

“It is not a situation where these guys have been wiped away. They have a chance at playing for the West Indies again. We have a new captain and hopefully he will get the support that is needed and we can put in a very good performance,” the chairman of selectors insisted.

Asked about the “ordinary averages” of Darren Sammy, and Andre Russell, who have similar averages to Dwayne Bravo and Kieron Pollard but who have been included in the World Cup side, Lloyd said: “Sammy has helped people along and I think he will be good for young Jason (Holder) but I actually think Andre Russell could be a fine all-rounder if he applies himself.”

“We think that it is important that we have a settled side. I have no axe to grind, I don’t dislike anybody. We want the best for the West Indies,” he insisted.

“It is going to take some doing because we don’t have a great set of players to choose from. What we have is some good young players coming through from the Under-19 and we will reward them when they do well.

“We are trying to get West Indies cricket from the bottom rung of the ladder to move further up,” said Lloyd.

Speaking about Chris Gayle’s comments saying the decision to omit the T&T pair from the World Cup side was “ridiculous”, Lloyd said: “I am very disappointed with Chris that he said that because he is somebody I respect but he is not a selector.”

“He might think it was victimisation but I have nothing against him. Quite a few of the other players are playing why are they not victimised? Lloyd questioned.