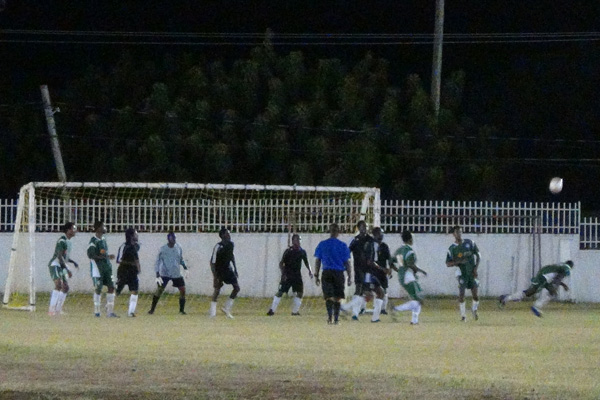 (Sports Page) Football fans across Nevis got a rare treat over the weekend as the regular Football league got underway at the ET Willet Park after an extended break. This follows hot on the heels of the recently completed Legends’ Cup series which was won by CCC Bath United.

In the double header on the evening of Saturday 12th October, All Stars overpowered Hardtimes with a 4 goals to 1 margin and then CCC Bath United totally outplayed Villa Int to win by a 3 goals to nil score line.

In the lone game played on Sunday 13th October, SL Horsfords Highlights managed a late goal to clinch victory in a close game versus SSG Strikers.

Here is a summary of the games played:

Next game is Tuesday 15th October