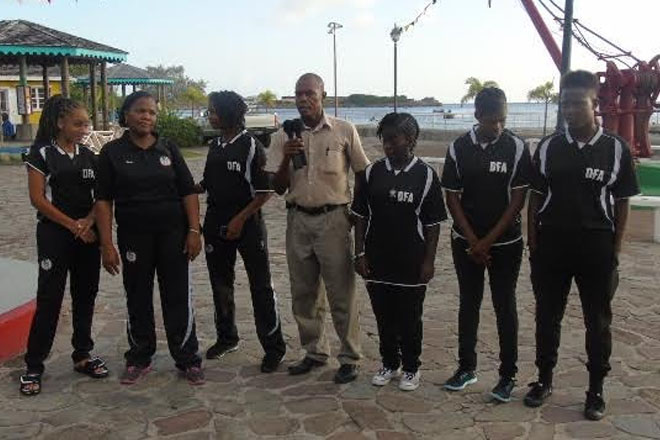 Sports Page — Stephan Joseph, chief coordinator of the local organizing committee which was responsible for coordinating the recently held FIFA under 17 women’s Football tournament, held in Nevis, and has indicated that things went generally very well.

He also noted that very shortly, the committee will meet in a session to review the event and sort out those things that went right and those things that did not go too well, so that were could be an improvement for the next big event.

The question generally had been: Can Nevis successfully host such a major event? However, at the end of the tournament, team officials of the participating teams and their players had nothing but good to say about the treatment they received while they were in Nevis.

Team Dominica’s manager, heaped loads of praise on the people of Nevis and the Four Seasons Resort which accommodated them for an extra day, after they were stranded on the island due to the passage of Tropical storm Erika.

Compliments were extended to the organizers, the workers at the various hotels and guest houses, the bus drivers, the large supportive crowds and the general populace of Nevis.

Joseph is confident that when the reviews are done, Nevis will stand tall among the many venues of choice for the next major event.