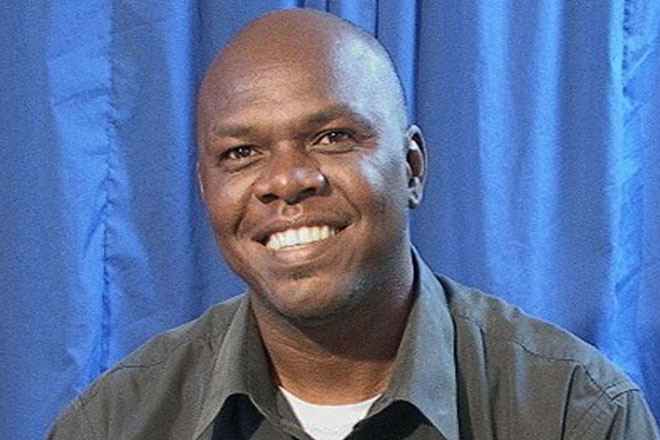 (ZIZ News) – A local historian and tour guide, who is a former Deputy Manager of the Brimstone Hill Fortress National Park, former Treasurer of the St. Christopher National Trust, a former employee of the Four Seasons Resort in Nevis, a former teacher and a cultural activist, Leonard Stapleton has launched Spectacular Views: 2015 Travel Guide to St. Kitts and Nevis.

A small but appreciative crowd gathered at Palms Court Gardens on Thursday evening for the launch.

Obviously humbled by the experience, Stapleton shared fond memories of his time as a taxi driver, noting that in preparing the magazine, he thought of various audiences.

“In interacting with some of the visitors, they would let you know that they bring their children along with them, especially in the peak season and at that point in time, they really should be in school so little do you know, when they have their children with them these children actually have an assignment to take back to their classroom and most of the time, the assignment is on the place they visit and so the idea struck me that not only do we need a publication that speaks about the beauty but you also need to put something in there that has the children at heart,” he stated.

Tourism Minister, Hon. Lindsay Grant and other high officials within the government have thrown support behind Spectacular Views Travel Guide.

During his remarks, Minister Grant said his administration welcomes the launch and is proud of residents who use their creativity to promote the country.

“This Team Unity Government applauds initiatives like these where our own people can use their creativity and their skills to produce our own products to the betterment of our people and our country at large,” he said.

Minister Grant said the travel guide acts as a useful resource to promote domestic tourism and a great guide for visitors.

“Research has shown that modern day tourists are not just concerned with sun, sea and sand but are increasingly seeking after an authentic experience. They want to be immersed in the culture of a place and this guide aptly captures the essence of St. Kitts and Nevis,” he explained.