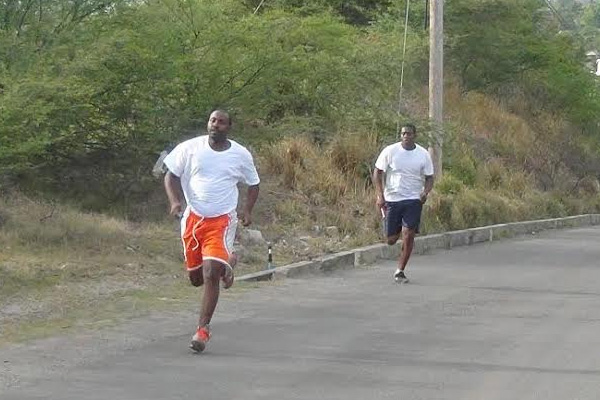 The run commenced in the vicinity of the Horsfords Valu Mart Supermarket and continued along the Long point Road and included several baton Stations.

The three teams represented were:

The starter was Mr. Sevil Hanley and the athletes reacted well to the long road and were cheered on by their team mates all the way.

Roger Fyfield and Wendy Wilkes of the Customs and Excise Department indicated that the purpose of the event was mainly as a form of socialization between the workers and also a form of well needed exercise.

They noted that this will indeed become a regular event and noted that they are already receiving challenges from such potential teams as Inland Revenue Department; NEVLEC and the Masters Cricket team.

They are convinced that when the next event is organized, there will be a bumper crowd on hand to witness the action.