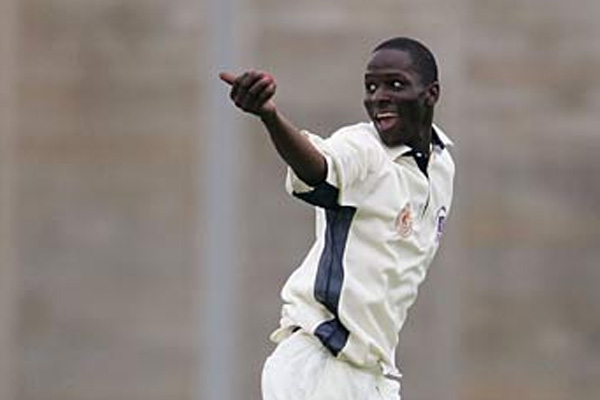 Mali Richards, son of Sir Vivian Alexander Richards was the stand out batsman during the two day trial match which was hosted by the Leeward Islands cricket squad, as they prepare for the upcoming 2014 season.

The match was played form Saturday 18th to Sunday 19th January at the Conaree Grounds.

Steve Liburd’s team batted first and was bowled out for 166 in 59.4 overs.

Jason Peters top scored with 39 not out; Tonito Willet got 29 and Sherwin Peters 28.

Quinton Boatswain; Yannick Leonard; Alzari Joseph and Jeremiah Louis, all got 1 wicket each.

The Devon Thomas X1 responded with 263 all out in 77.1 overs.  Mali Richards batted superbly to top score with 101.

Steve Liburd’s team batting a second time, was soon in trouble and when the match was called off, they were struggling at 74 for 4 from 23 overs.  Montcin Hodge top scored with 36.   Javal Hodge was not out on 8 and Tonito Willet was not out on 6 at the close.

Alzari Joseph; Adelvin Phillip; Yannick Leonard and Rahkeem Cornwall all got 1 wicket each.

The Umpires were Luther Kelly and Wycliffe Mitcham.