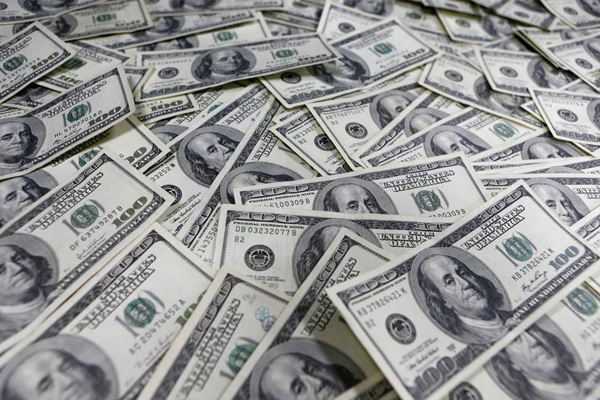 Mahwah, New Jersey (AP) — One of two men suspected of making off with a bag containing $150,000 in cash that was mistakenly left behind by ATM workers bought an SUV with the money hours later, police said.

Alton Harvey, 42, of Hillside, was arrested Wednesday after police traced a white van that was captured on surveillance video pulling up to the bag of cash that the ATM employees forgot outside a business in Mahwah, in northern New Jersey, on Monday. The video showed a passenger in the van grabbing the bag.

Police said the van was seen in another video pulling into a nearby auto repair business and pilfering used tires.

After finding the van in Irvington, police arrested Harvey.

Harvey said he was driving the van and told detectives a Chevrolet Tahoe was purchased with cash from the bag soon after it was grabbed, Police Chief James Batelli said in a news release. The SUV, which has a starting sticker price of $46,000, was parked near the van.

Detectives identified the passenger as Jamar Bludson, 35, of Newark. Police issued a warrant for Bludson, who also is wanted for a probation violation, Batelli said.

Harvey was held on $125,000 bail, charged with theft of mislaid property. It was not known if he has a lawyer who can comment on the charge.

Investigators determined the ATM workers were not involved in the theft, the chief said.