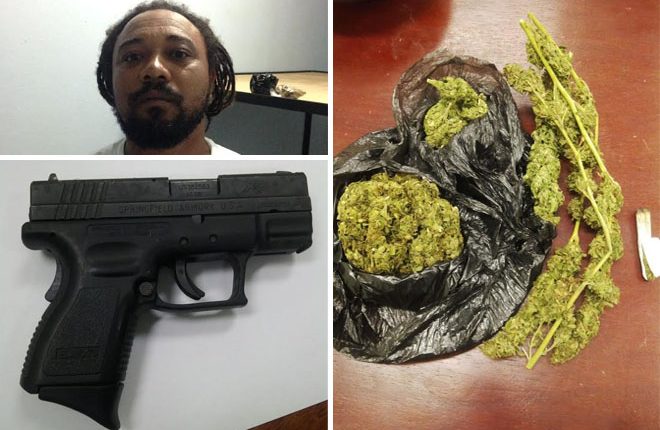 (ZIZ News) — The police have charged a man from St. Pauls for the possession of an illegal gun and marijuana found in a search on Monday night.

According to reports Alex Jules has been charged with possession and possession with intent to supply.

He was also charged with possession of an illegal firearm, namely a Springfield .40mm pistol and 10 matching rounds of ammunition.

Monday night’s search was executed by officers assigned to Police Division “B”, Defence Force soldiers and a team from the K-9 Unit.

This makes two illegal guns taken off the streets so far in 2017.