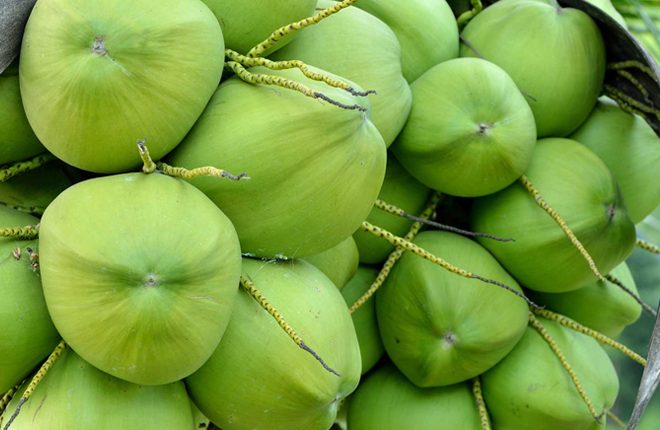 Kenrick Thomas, alias Gold Eye, of Basseterre was arrested, formally charged and cautioned for the offence of unlawful possession of coconuts.

According to reports, he was also formally charged for carrying abroad an offensive weapon, namely a meat chopper on Monday, August 6 2018.

He was granted bail in the sum of $3,000 for his appearance at the Basseterre magistrate court on August 13, 2018.