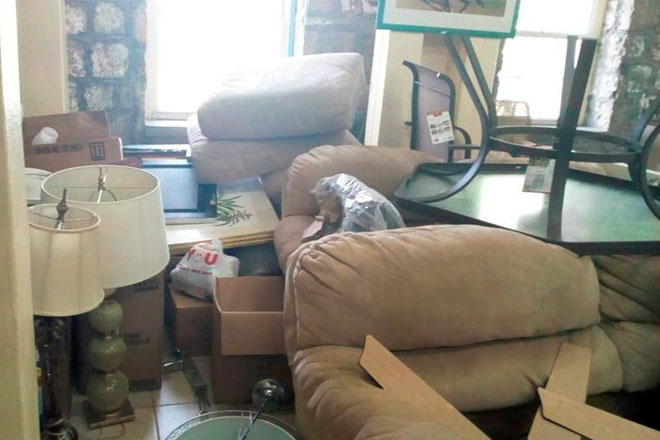 Man charged in discovery of cache of stolen goods

(RSCNPF): Allan Broadbelt a resident of Bath village has been formally charged and cautioned for the offences of House Breaking and Larceny committed between 19-20 July 2014 in Farms Estate Nevis.

The charges stem from the discovery of a cache of stolen items at his home in Bath Village. A combined search operation by members of the Royal St. Christopher and Nevis Police Force and the St. Kitts and Nevis Defence Force on Thursday (April 28) resulted in the discovery.

Persons who reported have House Breakings and Larcenies have come forward and have identified some of the recovered items.

“This is the first of what is likely to be many charges against Broadbelt,” said Inspector Alonzo Carty of the Nevis Division. He added, “there are items associated to several House Breakings and Larcenies in the discovery. The investigation is ongoing.”