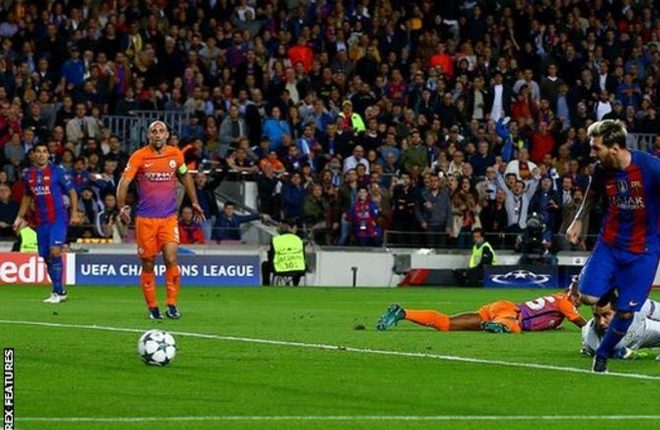 Lionel Messi scored a hat-trick as Barcelona punished 10-man Manchester City in the Champions League on Pep Guardiola’s return to his old club.

City were competitive in the first half, but made far too many errors against a ruthless Barcelona revelling in Messi’s return from injury.