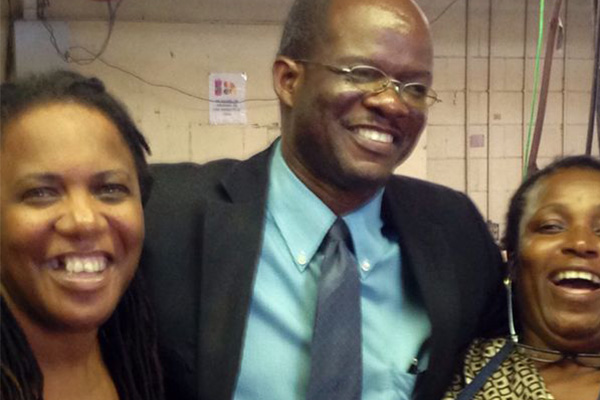 BASSETERRE, ST. KITTS, (CUOPM) — The manufacturing sector in St. Kitts and Nevis has a critical role to play in the transformation of the twin-island Federation’s economy.

This was reaffirmed by Federal Minister of Labour the Hon. Patrice Nisbett during a tour of four manufacturing plants on the C.A. Paul Southwell Industrial Park. It is the first in a series of planned visits to the important manufacturing enclave.

Minister Nisbett alluded to the fact that the current statistics reveal that the Federation of St Kitts and Nevis is the leading exporter in the OECS Region of manufactured electronic goods and components to the United States and the European Market.

This Minister Nisbett noted is an eloquent testimony to the quality of work been done in the Federation’s Manufacturing Sector and to the quality of the workforce that produces the high end products, such transformers, specialized light switches and components for military, aerospace and medical industries.

He used the opportunity to urge the manufacturers to be prepared and ready to access the manufacturing opportunities which shall be spawned upon the final domestication and legalization of the Partial Scope Agreement between St Kitts and Nevis and Brazil.

He indicated that the government has moved to create the requisite enabling educational environment and polices to ensure that the Federation’s Human Resources are developed and equipped with the necessary academic, technical and Information Technology skills set to respond to the transformed economy with its current and emerging human resource needs of the Private Sector.

Minister Nisbett noted that the Federal Government as a facilitator in stimulating job creation also had a sacred duty to ensure that the jobs created are decent jobs, “jobs that provide decent living wages, jobs that take cognizant of the dignity and safety of the workers and are sustainable and vehicles for the continued attraction of Foreign Direct Investment to the Federation.”

He seized the opportunity to thank and commended the General Managers of the various manufacturing facilities for the confidence shown in the St. Kitts and Nevis economy and for their, longevity of doing business in the Federation which collectively amounted to sixty-two years.