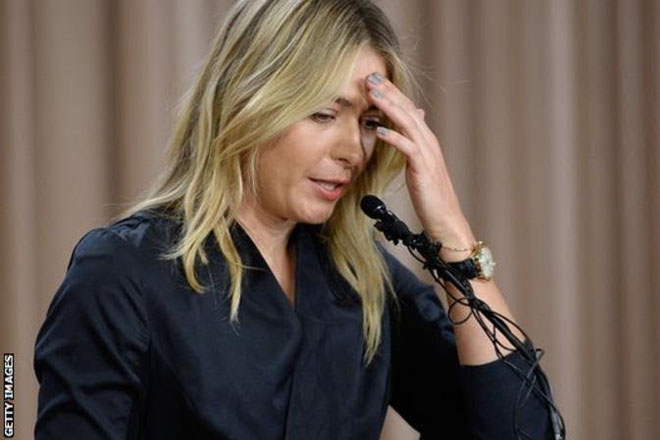 The five-time Grand Slam winner has been banned by the International Tennis Federation for using a prohibited drug.