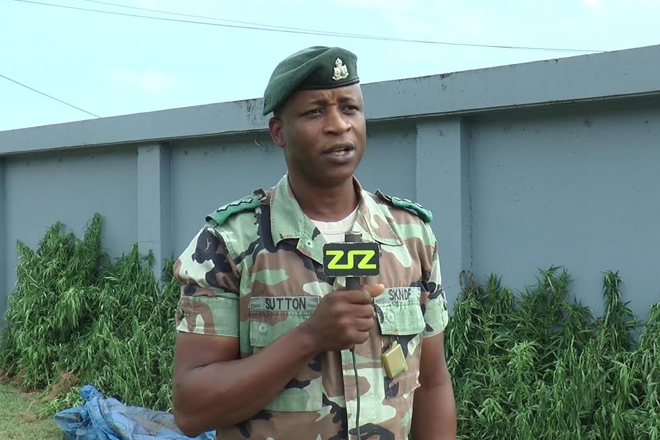 Public Affairs Officer Captain Kayode Sutton told ZIZ News that while the Defence Force has been working in collaboration with other security forces in the communities, they are working to make the hills safe as well.

“While we conduct patrols and work in conjunction with the police to do patrols and stop and searches within the communities, the Defence Force is at the same time simultaneously doing eradication exercises in the hills so it’s not just a one phase operation, it’s a multi-faceted operation that is taking place. What we want to do is ensure that the hills are also safe, not just the communities so the Defence Force continues in this effort,” he said.

According to Captain Sutton the marijuana plants were seized in the areas of Cayon, Newton Ground, White’s Mountain and St. Pauls.

He thanked the public for its continued collaboration with the St. Kitts and Nevis Defence Force and encouraged continued support.