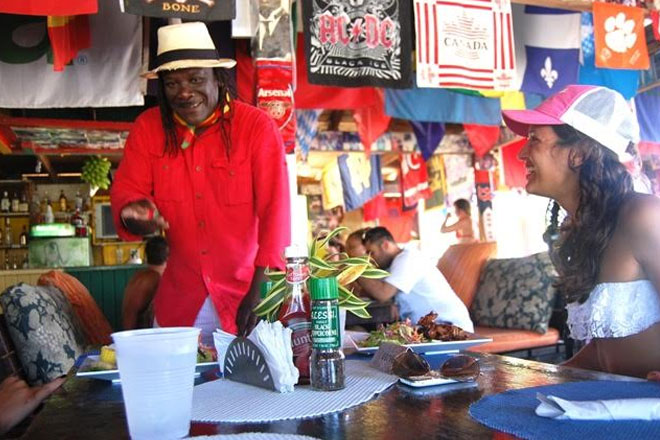 Masters Cricketers get a little sunshine in their lives

Sports Page — It was the wonderful climax to a hard fought victory. On the evening of Saturday 13th June, the Nevis Masters, cricketers, three peat champions of the Leeward Islands Masters cricket tournament, gathered at Sunshine’s bar and Grill for a well deserved celebration.

Also present were representatives of some of the sponsors who assisted the team in their recent outing to St.Maarten, where they won the 2015 edition of the Leeward Islands Masters cricket tournament, making it three years in a row.

The party styled atmosphere was hosted by popular local businessman Llewellyn SUNSHINE Caines, who actually witnessed the finals of the 2015 tournament in St.Maarten, first hand.

He stated that he was so pleased with the performance of the local team that he ‘just had to do something for them.’

Captain Carl Tuckett expressed his delight at the gesture and all of the players, to a man, also voiced similar sentiments.

The celebration party commenced sometime after 6pm and the food and drinks went on until late into the night.