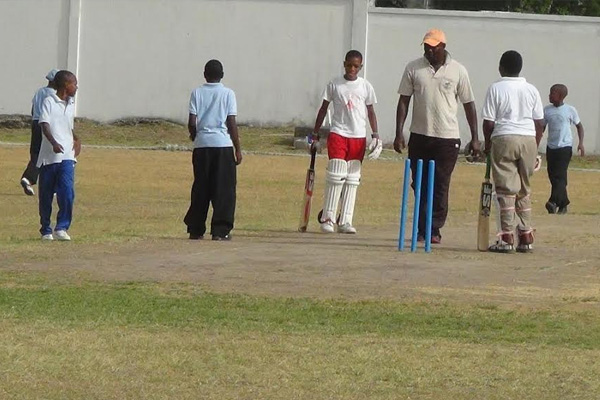 Sports Page — The new kids on the block, in the TDC sponsored Primary Schools’ cricket league, the Maude Cross Prep School, which significantly has some well needed help from the Nevis Academy, are certainly making waves in this year’s competition.

After a couple of rain affected days, groundsmen Jabal and Jabadar, worked their magic and caused the main square at the ET Willet Park to be playable by late Tuesday afaternoon-1st July.

The Maude Cross Prep team batted first and got to a competitive 108 for 3 at the end of their allotted 15 overs.

Patrice Nisbett Jr batted steadily throughout to be not out on 30, while the more adventurous Carlon Tuckett and Ardie Liburd both got into the twenties.

The St.James’ team started the run chase enterprisingly and must have caused some semblance of panic in the Prep School camp when they got off to a flyer and were well placed on 20 for no loss at the end of 2 overs. However, once Ardie Liburd broke the partnership with a beautifully bowled off spinner, wickets tumbled at regular intervals.

The Maude Cross Prep team was a little sloppy in the field, but two spectacular catches assisted in the demise of the opposing team.

The St.James’ Primary team could only muster 77 all out to give the Maude Cross/Nevis Academy combination, their second victory in as many games.