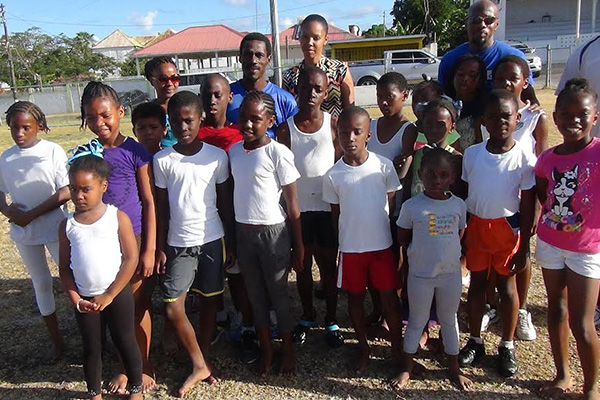 Judging from a few factors, the Maude Cross Prep School is absolutely ready for battle on the big Inter Primary sports day on April 2nd.

As they trained in earnest at the ET Willet Park on Wednesday, it was obvious that coaches Leroy Sweeney and Carl Tuckett were pretty much in control and the young athletes were responding well. Additionally, they have the assistance and support of established TITANS’ coach, Timothy Caines.

Then if that was not enough, the support crew of parents was also present, giving their two cents worth…well even more than that.

The youthful Immanuel Williams is confident that he will be looking back at the competition on the big day and Carlon Tuckett was ominously silent.  There was a glint in his eye.

He has big plans for the big day.

All in all, sufficing to say, opposing teams better be looking in the direction of the Maude Cross Prep on April 2nd.

They may be small but they Tallawah!