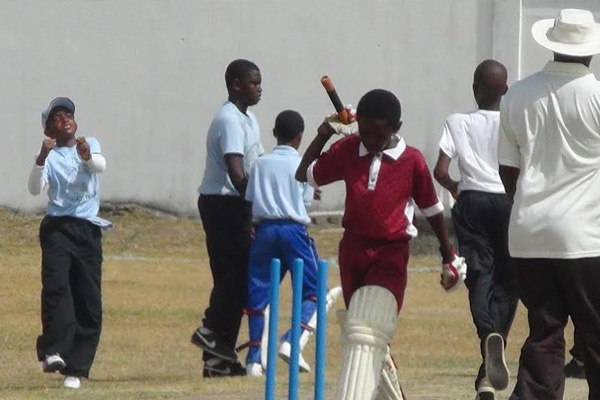 Sports Page — The Maude Cross Preparatory School sounded the battle cry loud and long on Friday 20th June as they made their historic entrance into the annual TDC sponsored Primary School Cricket league.

The youthful cricketers at the school signaled their intentions very clearly that they were not just showing up to PARTICIPATE but to COMPETE.

The School came up against a more seasoned school in the Ivor Walters Primary at the ET Willet Park and for all intents and purposes, seemed out of the game, when the IWPS chalked up a competitive 93 all out in their allotted 15 overs.

However, the MCPS team which incidentally includes some players from the Nevis Academy set about the target with some degree of confidence and led by a sedate and polished knock by the captain, Carlon Tuckett and a more belligerent innings by Trevan Dean, knocked off the total in 14 overs, much to the joy of the relatively large support crew on hand.

Carlon Tuckett who is the son of former West Indies allrounder, Carl Tuckett, also demonstrated his versatility on the field by starting as wicket keeper, then bowling an accurate mixture of left arm leg spin and left arm medium pace.

In another match played earlier that same day, at the same venue, Charlestown Primary School, comfortably won over the Elizabeth Pemberton Primary School.

Jaden Carmichael 2 for 3 and James Swanston 2 for 9

The tournament is expected to continue this coming Friday—27th June with the following matches: