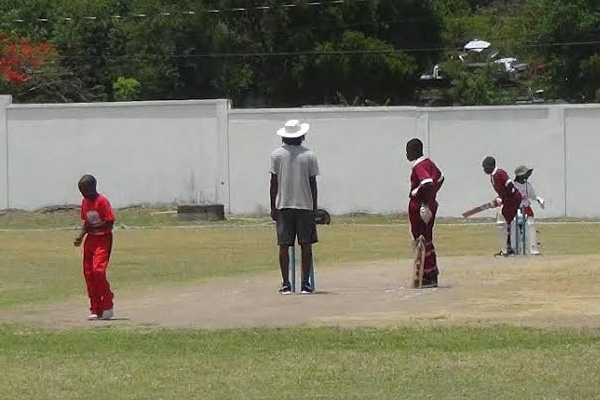 Sports Page — Despite a poor batting performance on Thursday 3rd July at the ET Willet Park, the combined forces of the Maude Cross Prep School and the Nevis Academy fought back stoutly to eventually overpower the St. Thomas’ Primary School.

The combined team was undermined by a telling spell of bowling by young Chanand who not only picked up 5 wickets in one over but picked up the first hat trick of the competition in the process.

He ended with the amazing bowling figures of 3 overs; 10 runs and 6 wickets.

The Maude Cross/ Nevis Academy team could only muster 60 runs and for all intents and purposes, was set to lose the game.

However, their bowlers also produced the goods and Ardie Liburd also had the amazing figures of 3 overs; 5 runs and 6 wickets, with Patrice Nisbett Jr bagging 3 for 16 from his 3 overs, restricting the opposition to 54 all out.

In an earlier game played that same day at the same venue, The Ivor Walters Primary School managed to secure victory in a close game versus the St.James’ Primary School.