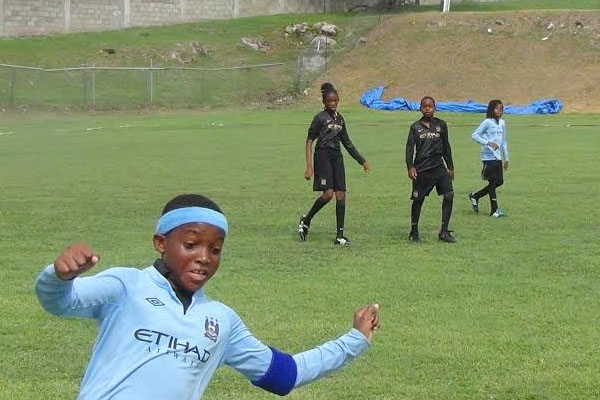 Sports Page — The Maude Cross Prep School certainly had more supporters on the side lines and they urged on their players with regular chants.

However, the Jocelyn Liburd Primary School was equally determined to win the game and they gave it their all.

This as the action continued in the Giant Malt sponsored Primary School Football league on Thursday 30th October.

The match was played at the ET Willet Park.

The JLPS team got off to a flying start with a superb goal within the first five minutes of the game. However, the MCPS team responded shortly after with a nice run through and sizzling right booter to climax the run.

JLPS went ahead sneaking in a second goal and as the minutes ticked away, the MCPS team’s supporters, went deathly quiet.

However, not long before the final whistle, the cheer leaders found their voices, as one of the MCPS strikers took an angle on the left flank and the left booter went high into the back of the net.

Final score in the thrilling encounter: