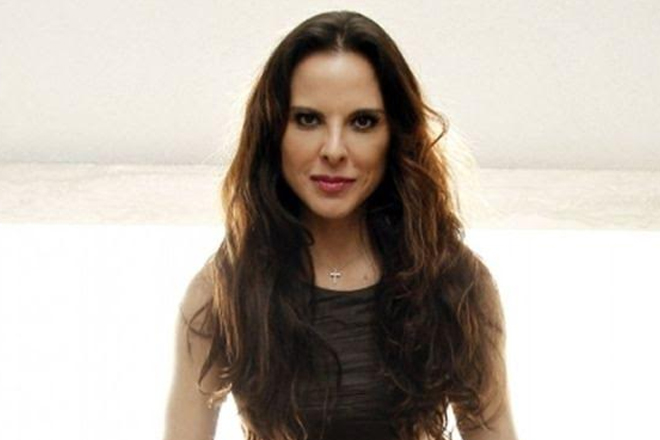 (BBC) Mexican actress Kate del Castillo has been called in for questioning over her links with the imprisoned drug baron, Joaquin “El Chapo” Guzman.

She set up a meeting in October between the cartel leader, who was then on the run, and Hollywood actor Sean Penn.

Del Castillo and Guzman exchanged dozens of messages before she and Sean Penn met him in northern Mexico.

Guzman was arrested on 8 January, six months after escaping from a high security jail.

He was captured by Mexican troops in the northern city of Los Mochis and taken back to the Altiplano prison.

Mexican authorities are considering his extradition to the United States. In the meantime, they say he is being kept under 24-hour surveillance to prevent another escape.

The contact between the actress and Guzman helped Mexican police establish his whereabouts and eventually capture him.

Attorney General Arely Gomez said the security forces had been following Guzman’s lawyer, who led them to Sean Penn and Kate del Castillo.

‘No means to pay’

Mobile phone exchanges between Kate del Castillo and Guzman reveal that he initially did not know who Sean Penn was.

He seemed to be infatuated by the actress, who is famous in Mexico.

Kate del Castillo is best known for her portrayal of drug boss Teresa Mendoza in the soap opera La Reina del Sur (Queen of the South).

El Chapo was planning to get Hollywood to produce a film about his life.

Kate del Castillo persuaded “El Chapo” (Shorty) that Sean Penn had the experience and connections to realise his dream.

“I don’t have the means to pay for what you’re doing for me,” he wrote, according to transcripts obtained by El Universal newspaper.

Responding to rumours that she had become too close to Guzman, Del Castillo tweeted on 13 January that she would tell her side of the story.

“As expected, many people have decided to manipulate the information and fabricate false stories to divert us from the real issue,” she wrote.

“I will soon give you my version.”

Mexican prosecutors said Kate del Castillo, who is in the US, will be allowed to be questioned at the embassy in Los Angeles.

He was the founder of the Sinaloa drug cartel, which smuggled vast amounts of illegal drugs into the United States.

He is linked to other crimes, including murder and extortion.