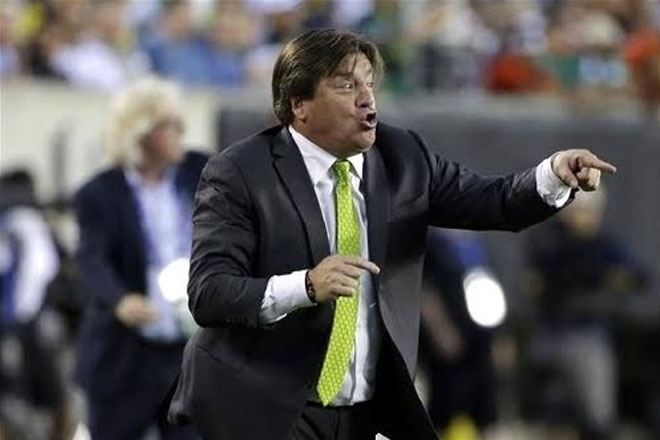 Mexico City (AP) — The coach of Mexico’s national football team is known for his histrionic displays of emotion during games.

Now Miguel Herrera’s off-field composure is being questioned after a television sports anchor claimed the coach punched him at the Philadelphia airport following Mexico’s 3-1 victory over Jamaica to take the Gold Cup.

Television Azteca sports anchor Christian Martinoli described the incident Monday on a Television Azteca program. He said Herrera apparently wanted to hit him again but fellow sports commentator Luis Garcia got between them.

Martinoli has criticized Herrera’s performance as coach as have many Mexicans.

The Mexican Soccer Federation did not respond to requests for comment about Martinoli’s allegations about the incident Sunday, and Herrera did not comment.

Azteca issued a statement calling for “a prompt and urgent investigation” of the incident.

“We are surprised and concerned by the behaviour of the national team coach,” the statement said. “The Mexican Soccer Federation should not allow attacks like the one suffered by our colleague.”

The short, stocky Herrera gained notoriety for his effusive sideline celebrations at the 2014 World Cup in Brazil.