BASSETERRE, St. Kitts, May 8, 2019 (Press Unit in the Office of the Prime Minister) – The Prime Minister of St. Kitts and Nevis, Dr. the Honourable Timothy Harris, has said that his Team Unity-led administration continues to take the necessary measures to address the wide-ranging issues and concerns of the men and women of the working class. This includes taking a comprehensive look at the country’s minimum wage. 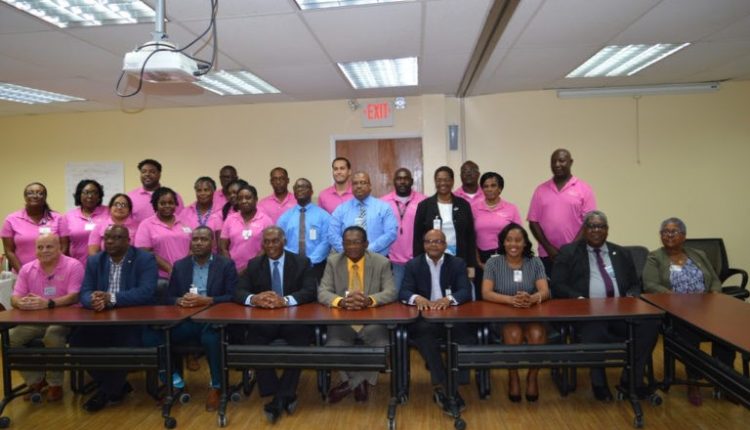 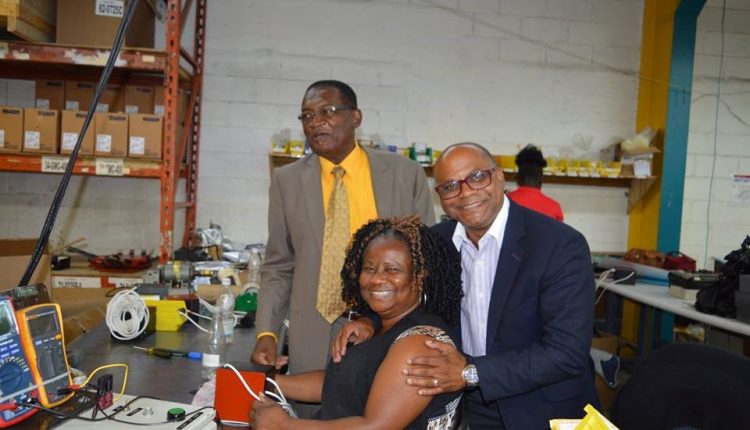 Hon. Lindsay Grant interacts with manufacturing employee.
Prev 1 of 2 Next

“As a result of my government’s concerns with lifting our nation’s lowest-paid workers out of poverty, we have also established the Minimum Wage Advisory Committee. The committee’s purview is to consider the National Minimum Wage and make recommendations to Government for its review,” Prime Minister Harris said in his official remarks to observe Labour Day 2019 on Monday, May 7.

The Minimum Wage Advisory Committee was formed on November 13, 2018 by Senior Minister and Minister of Labour, the Honourable Vance Amory. It is chaired by Labour Commissioner Ms. Shernel James and is made up of members from tripartite agencies – representing government, private sector, and employees.

The committee is tasked with undertaking research, as well as reviewing and considering matters related to the minimum wage. Its work also entails a thorough consultative process with relevant stakeholders.

The review is expected to be completed by June 2019, after which the committee’s findings and recommendations will be forwarded to the Cabinet for further action.

In the meantime, the Team Unity Government introduced its historic Poverty Alleviation Programme in December, 2018 to improve the socio-economic status of citizens and residents in the Federation whereby individual households that fall below the $3,000 income threshold receive an additional EC$500 per month.