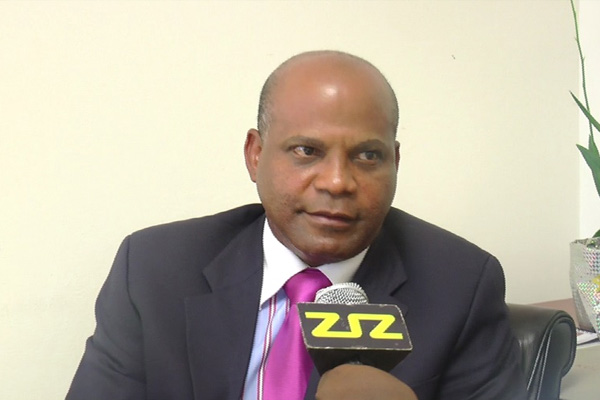 (ZIZ News) – With less than fourteen days on the job, Minister of Tourism, Hon. Lindsay Grant said he is mentally prepared, positive and excited about charting a way forward for tourism in St. Kitts and Nevis.

Speaking from his Port Zante office on Monday, Mr. Grant told ZIZ News he is ready, along with his staff, to successfully stage several major upcoming events.

He said, “I know a lot of things are on the plate because we have Music Festival coming up shortly, we have Carifta which has a bit to do with tourism and we have CPL that’s coming up. So these are three major things coming on very shortly and I intend to execute all flawlessly.”

Minister Grant noted that a great deal of close collaboration will be necessary across ministries and other organisations to ensure the success of these events.

He said the new administration has brought together highly qualified and competent men and women who will work together in the spirit of cooperation to get the job done.

“The job has to be done and I think the cadre of ministers that we have, everyone recognises that in the spirit of cooperation, we are here to make sure that the business of the people is further than I think in every regard. Every minister that I’ve reached out to has been very accommodating so I am grateful for that and I’m certain it’s going to auger well for the future.”

The St. Kitts Music Festival takes place from June 25th – 27th while the 2015 Carifta Games are slated for the Easter weekend at the Silver Jubilee Stadium.