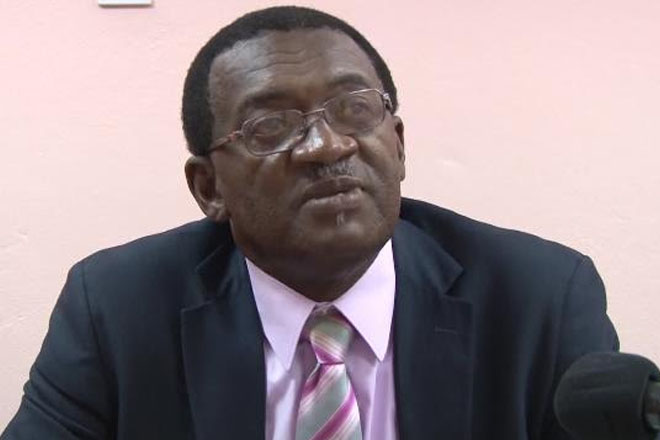 (ZIZ News) — After initially announcing last month that he would donate $5000 , to the competing football clubs in his constituency, who were at the time vying for the 2016 SKNFA Championship, The Hon. Eugene Hamilton offered an EC$10,000 reward instead.

A press release issued on Monday suggested that Minister Hamilton was so impressed with the efforts of both FLOW 4G Cayon Rockets and The Sol Island Auto Conaree Football Club during the SKNFA Championship games that he decided to increase the donation.

The first donation of $6000 was presented to the winning team The FLOW 4G Cayon Rockets during their celebratory community fun day at Maynard’s park on Saturday.

He made the presentation to Team Captain Clyde Mitcham and told the crowd that he is “Extremely proud in the way both teams handled themselves and the high standard of play they exhibited”.

The Minister assured the crowd that his support for sporting teams in his constituency is guaranteed and that he would do whatever he can to see that all teams progress.

The donation of $4000 to runners up, Sol Island Auto Conaree FC will be made at a later date.