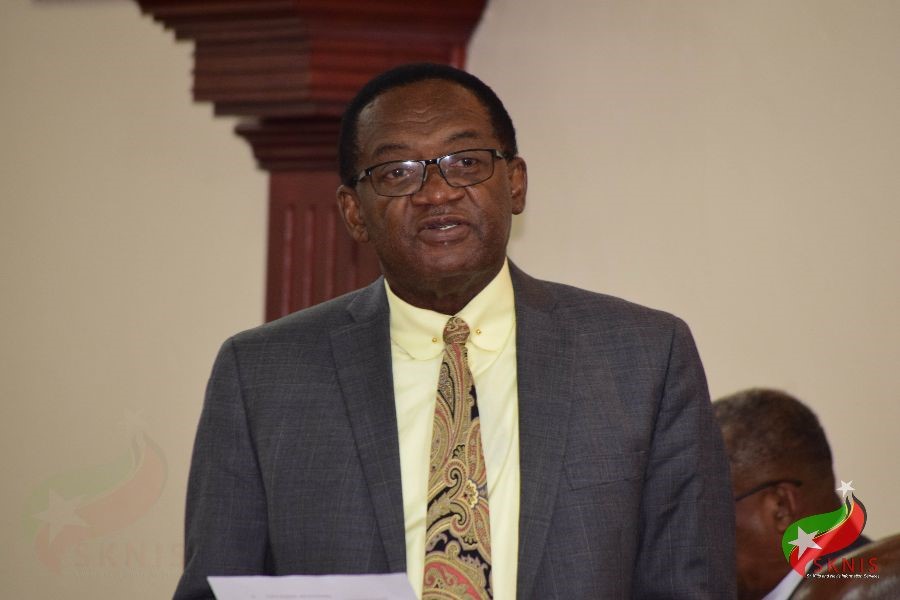 Minister Hamilton highlights partnership between government and the development bank

Basseterre, St. Kitts, February 12, 2020 (SKNIS): The partnership between the Government of St. Kitts and Nevis and the Development Bank was highlighted by Minister of Human Settlement, the Honourable Eugene Hamilton, who noted that the collaboration has had a positive impact on the people of St. Kitts and Nevis.

Over the past five years, 500 persons have benefited from the First Time Homeowners Programme of the government through the Development Bank, said Minister Hamilton.

“The Development Bank has been a vehicle that has been a champion for the construction of homes for ordinary people in the federation Mr. Speaker,” he said.

Minister Hamilton also mentioned the collaborative effort between the two entities known as the Civil Service Programme where the government puts in $30 million into the Development Bank to ensure that public servants, some of whom were not getting loans from the ordinary banks, to get financing to build their homes.

Minister Hamilton stated that this is an extraordinary performance by the government of delivering what it has promised to the people of St. Kitts and Nevis.

“There has been progress and we know that there is much more to do and we will not turn back now because we are the ones who have shown that we can deliver to the people of St. Kitts and Nevis and we will do that in our next term again,” he said.