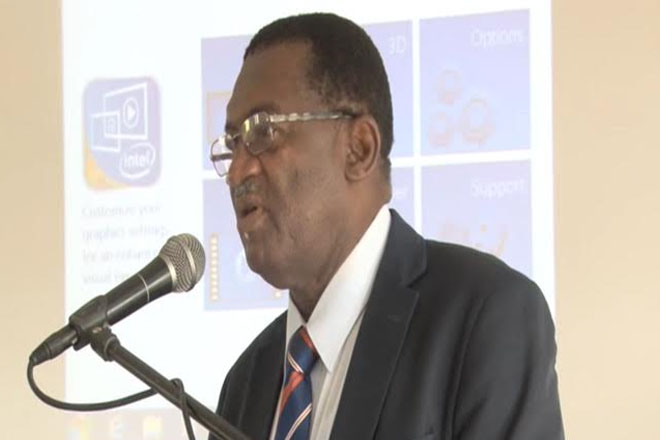 Minister Hamilton Urges Co-operatives to Take Control of their Future

(ZIZ News) – Minister responsible for Co-operatives, the Hon. Eugene Hamilton has challenged the members of local co-operatives to take their future into their own hands.

Speaking at a Re-sensitization Workshop on Tuesday, Minister Hamilton urged the members to work together to take advantage of the benefits of being a part of a co-operative.

“They work together to achieve benefits that they would otherwise be unable to achieve if they were doing it individually. So if co-operatives are to be successful, one of the key elements must be teamwork,” Minister Hamilton said.

He said their future lies in their hands and although the government is willing to offer support, their growth and development is dependent on their efforts.

“Yes, you have to get some government support. Government is willing to support but the success of your co-operative is dependent on you. And whether you are going to employ good governance practices in conducting the work you set out to achieve,” he explained.

The one-day Re-sensitization Workshop brought together board members of various co-operatives, including farming and fishing organisations with a focus on the laws that govern co-operatives.