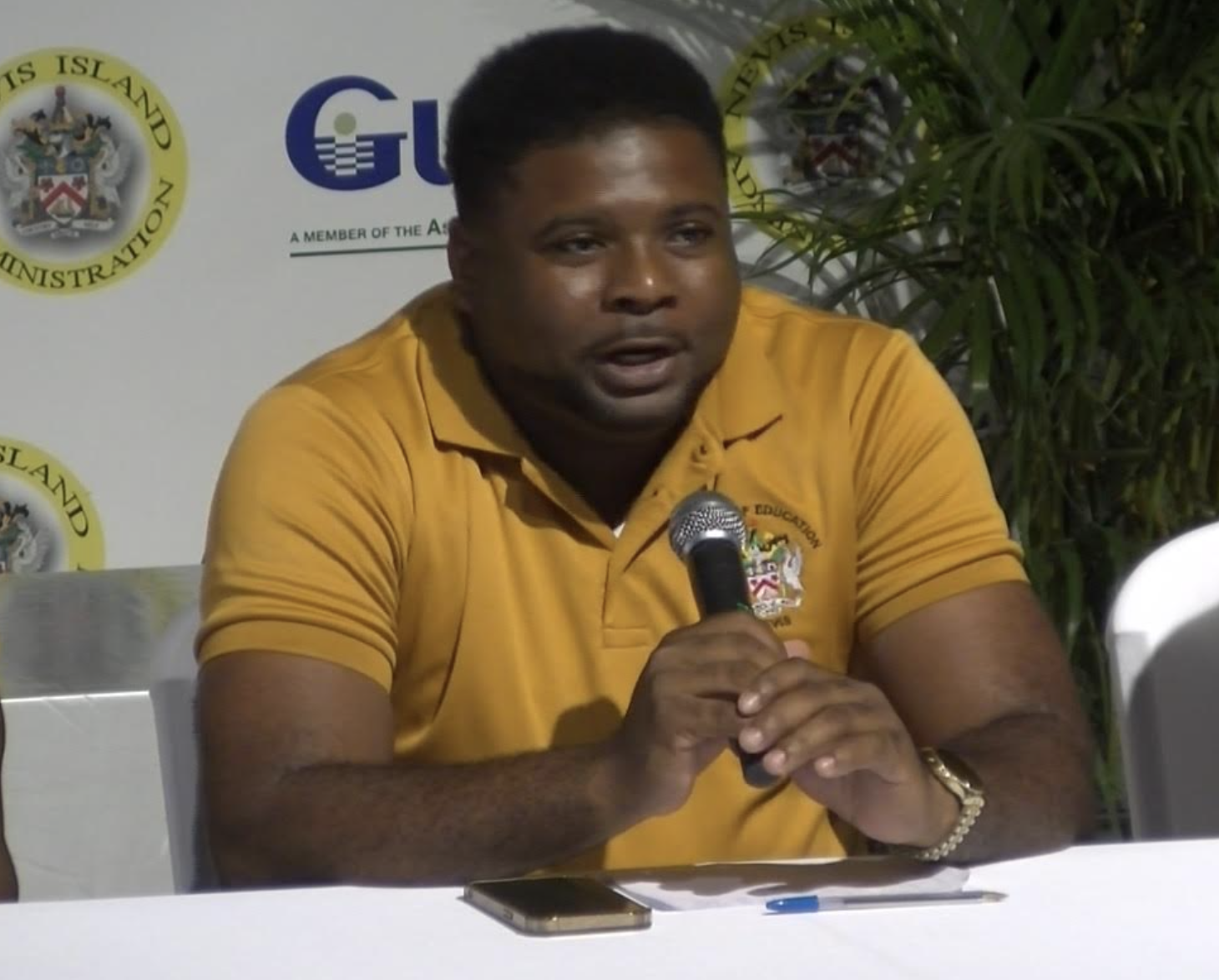 Charlestown, Nevis, May 12, 2022 (NIA) — A press briefing and presentation ceremony was held at NEPAC main auditorium on the afternoon of Wednesday 11th May.

The ceremony was set to effectively bring closure to all of the controversies surrounding the recently concluded Gulf Insurance Interprimary Schools meet.

The ceremony was chaired by Mrs. Tamecia Lestrade who also invoked God’s blessings on the proceedings.

Brief remarks were delivered by Mr. Kevin Barrett, Permanent Secretary in the Ministry of Education, who used the opportunity to thank businesses and individuals who assisted in making the meet the success it was.

He noted that the announcements made at the end of the meeting were not totally accurate.

A review was done of the entire meet, race by race, as his Ministry needed to be transparent and correct the mistakes made.

Meet Director, Garfield Virgo explained what transpired during the review.

The meeting was held on the 29th of April and involved coaches from all of the competing schools.

The meeting started at 2 pm and all present were able to review all 54 races and tally for themselves.

He then gave the final scores, as approved by the review:

Minister responsible for Education, Hon Troy Liburd, then congratulated the students and schools on an exceptional sports meet.

He also thanked Gulf Insurance and the individual school sponsors; volunteers and the Red Cross.

He congratulated the Charlestown Primary School as the undisputed champions and offered a public apology to the Joycelyn Liburd Primary School for the fact that the results originally indicated a tie, with the St. Thomas Primary School.

Going forward, he noted that certain changes have been proposed which will be confirmed with all of the stakeholders involved in the meeting.

These include changes in the system of scoring.

A gold medal based meet is being strongly considered

It is also proposed that a system of audit be put in place.

He then wished everyone well and hoped that the competition will remain the same on the field, but off the field, better systems will be put in place to eliminate a similar situation in the future.