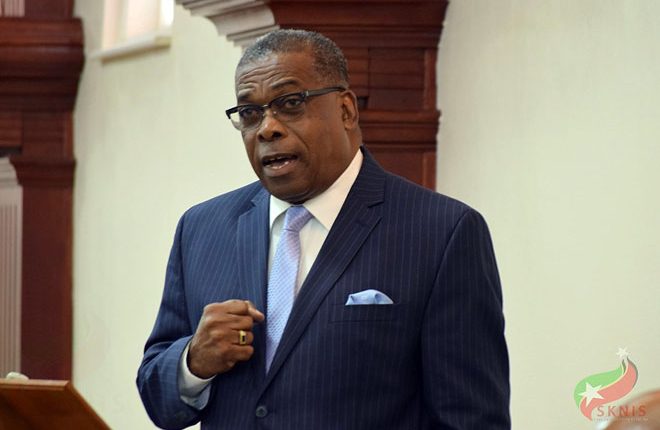 BASSETERRE, St. Kitts, September 6, 2018 (Press Unit in the Office of the Prime Minister) – The Honourable Ian Patches Liburd, Member of Parliament for Constituency One, slammed the Opposition St. Kitts and Nevis Labour Party for its attempt at character assassination by peddling an article on its official Facebook page that seeks to link the Honorable Minister to a heinous crime that ultimately resulted in the death of the minister’s own son.

On September 1, the Opposition posted on its Facebook page a link to a supposed news article with the headline, “MINISTER LIBURD’S GUN FOUND AT CRIME SCENE OF HIS SON, MIKHAIL”.

Under the section Personal Explanation on the Order Paper for the Sitting of the National Assembly, Minister Liburd rose to his feet to profusely deny such allegations which suggested that his gun was found at the crime scene. The minister then blasted the Opposition for its malicious and shameful attempt to defame and sully his character.

Labelling the allegations as a “blatant lie”, the Member for Constituency One added, “But what else can we expect from a party that is led by a stranger to the truth for nigh 30 years.”

The grieving father stated for the records of the Honourable House that he has never owned a firearm and concluded that “the actions of those opposite are abominable, wicked [and] detestable” but noted that it comes as no surprise “because the Member opposite from St. Christopher 6 has claimed for a long time that he was bad since he born.”

Over the past several weeks, members of the Opposition have been calling for joint discussions with the Government to address the crime situation in the country. But with this latest action, Minister Liburd is questioning the genuineness and sincerity of those calls.

“How can we, Mr. Speaker, in good conscience, how can we sit with the Opposition? How can we? How can we come together to fight the scourge of crime in this country Mr. Speaker when the St. Kitts-Nevis Labour Party and its leadership perpetually promote this political tribalism?” the minister asked.

32 year old Mikhail “Mitch” Liburd was shot and killed in Pine Gardens, Shadwell, on the night of August 27. Police investigations into the incident are ongoing.