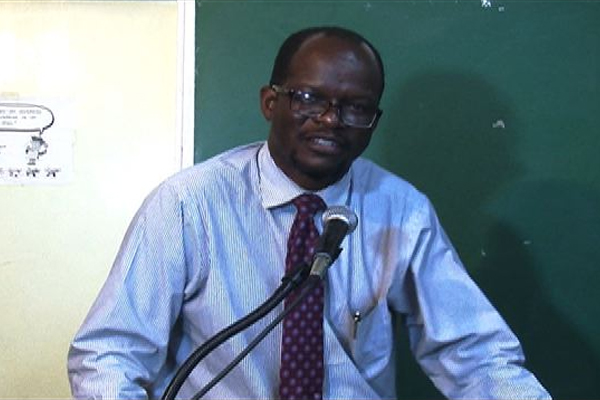 (ZIZ)– Federal Parliamentarian for the constituency of Nevis 11, the Honourable Patrice Nisbett has said the time has come for Nevisians to strengthen the hand of the Nevis Reformation Party [NRP].

Nisbett told attendees to Tuesday’s town hall meeting, which was organised by his party, that although he had accomplished much as part of the Federal Government, even more could be fulfilled with an additional NRP politician there.

“The time has come for the people of Charlestown to report to duty and we want you to report to federal duty,” he said. “You have already reported to local duty, we believe you must add some federal responsibilities to that. So my dear people and beloved people here in Charlestown, I believe that E. Robelto Hector is the man for the job.”

In his endorsement of the Honourable Robelto Hector, Nisbett listed some of the ways the Charlestown representative had stimulated growth on Nevis.

Meantime, the Honourable Robelto Hector used Tuesday night’s town hall meeting to make a similar endorsement of his colleague, the Honourable Patrice Nisbett, who is expected to compete against the Concerned Citizens Movement’s [CCM] Honourable Alexis Jeffers in the upcoming federal election.

“I told you in our last town hall meeting, I am ready to climb and to soar as high as my friend and brother. Don’t mind the level of hypocrisy that you heard. Could you imagine now that Alexis Jeffers is caught? He told you do not vote for Patrice for him to get two salaries. He would be distracted if he’s in Basseterre and in Charlestown. I’m saying to you, he’s on his knees now, asking you for the same thing. People of St. James, I want you to send a strong reminder,” Hector noted.