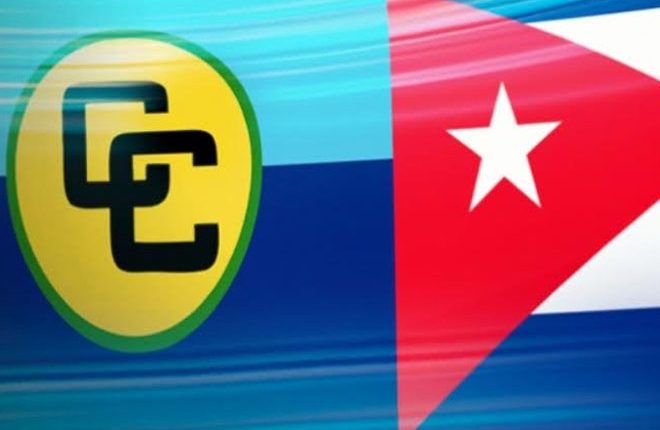 (ZIZ News) — St. Kitts and Nevis has once again joined other member states to observe CARICOM-Cuba day on Thursday, December 08.

During his address to commemorate the day, Minister of Foreign Affairs and Aviation, The Honourable Mark Brantley, expressed warm greetings to the government and people of Cuba.

“On behalf of the citizens and the Government of St. Kitts and Nevis, I would like to thank the Government and the people of the Republic of Cuba for its continued support and interaction, and wish all a happy and united CARICOM-Cuba Day”, Brantley expressed.

Minister Brantley described CARICOM-Cuba day as one to celebrate fruitful relationships, the strengthening of ties, and the importance of cordial and productive relations.

“This year, St Kitts and Nevis and Cuba celebrated twenty (21) years of fruitful relations and the establishment of diplomatic ties. The Government of St. Kitts and Nevis holds in highest regard its relationship with the people and the Government of the Republic of Cuba. St. Kitts and Nevis has not only benefitted through the multilateral CARICOM-CUBA arrangement, but also bilaterally. We admire and acknowledge with deep appreciation, the influential leadership of the late Former President, Fidel Castro Ruz and his vision of building camaraderie”, the Minister said.

Minister Brantley spoke of the many persons that have received scholarships under the Cuba and St. Kitts and Nevis relations.

“Currently, twenty-one (21) students are pursuing studies in Cuba and to date a total of over one hundred (100) students have graduated from Cuban institutions and have embarked on careers that have positively impacted every facet of our society especially in education, health, agriculture, and even the private sector,” he said.

“The level of commitment of the Government of Cuba to contribute to capacity building and human resource development was once again demonstrated this academic year through the offer of ten (10) scholarships in the areas of Medicine, Civil Aviation, Health Technology and Medical Specialties in the form of postgraduate scholarships”, he added.

Minister Brantley also commended Cuba for the policies that have brought about positive changes in agriculture, the private sector and taxes over the past year.