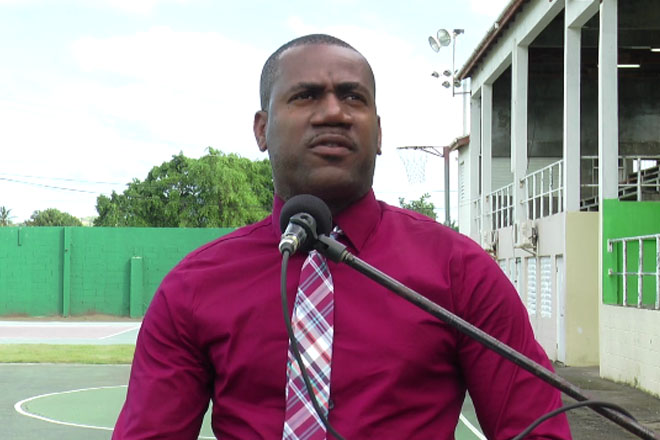 (ZIZ News) – Speaking, this week, at the closing ceremony of the Department of Sports’ school competitions, Deputy Prime Minister and Minister of Sports, the Hon. Shawn Richards said St. Kitts-Nevis has much to be proud of in the field of sports.

He said, “In our national representatives in athletics, football, netball and our Special Olympians have once again proven that they can stand among the world’s best, delivering consistently improved results at major regional and international events.”

He applauded the efforts of the nation’s track and field athletes who continue their qualifications for next year’s Olympic Games.

“In a few months time, some of our top track and field athletes will march together in one contingent at the Rio 2016 Olympic Games in Brazil,” the Minister said, noting that “some athletes have already secured their coveted spots while others, today, are preparing for their qualification competitions”.

Minister Richards said the hard work and discipline of these sportsmen and women should be emulated by the nation’s student-athletes.

At the 2015 Special Olympics Games, the federation’s athletes won a total of 23 medals while the St. Kitts and Nevis National Football team defeated Andorra in an international friendly match in November.