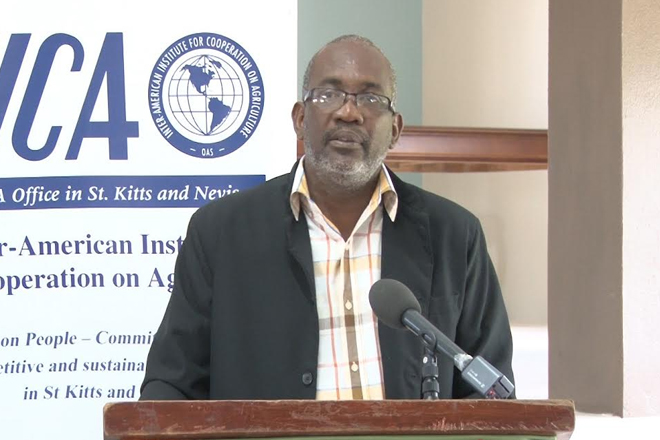 Ministry of Agriculture working to quell the effects of climate change

(ZIZ News) — The Ministry of Agriculture is working to combat the effects of climate change with the implementation of several initiatives.

This is according to Permanent Secretary in The Ministry of Agriculture, Alistair Edwards who outlined some of the ministry’s plans.

He said, “We will validate the use of the green houses. Sister ministries and brother ministries will continue their drilling programme. I also heard of the possibility of using a desalination plant already on St. Kitts. We’ve just begun negotiations with a company in St. Lucia to see what we can do about the sargassum weed; how we can use it as a soil additive or soil ameliorant or a plant booster and so yes we are doing something about it.”

Edwards also encouraged farmers to do their part in the fight against the effects of climate change.

He was at the time speaking at the launch of the Climate Smart Agriculture Regional Competition hosted by the Inter-American Institute for Cooperation on Agriculture (IICA).