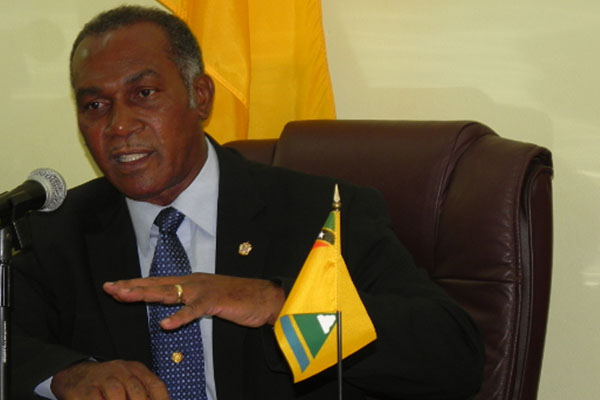 NIA CHARLESTOWN NEVIS — The following is a press release from the Ministry of Finance in the Nevis Island Administration (NIA) with regard to its payment to the NIA 365-day Treasury Bill holders.

The Ministry of Finance in the Nevis Island Administration (NIA) confirmed today that holders of the NIA’s 365-day Treasury Bills have been paid their interest payments in full as at 1st August, 2014.

The NIA had hitherto on the 22nd day of June 2013, defaulted on the payment of its Treasury Bills due to the refusal of the Federal Government, to offer the customary Federal guarantee to support the Treasury Bill Issue on the Regional Government Securities Exchange (RGSM).

The NIA, mindful of the need to gradually reduce its indebtedness and restore market confidence in securities issued by the island of Nevis, begun a process on 1st November, 2013, of gradual payouts to some Treasury Bills holders who desired to be paid out.

That effort by the Ministry of Finance, has seen a reduction in the overall amount of the debt owed to Treasury Bill holders from EC$20 million to EC$13.76 million. The total value of the re-issue then, as at 1st August, 2014, inclusive of interest at a rate of 6.5 percent, is now reduced to EC$13.76 million.

The Ministry of Finance is pleased with the gradual pay-down of its obligations to Treasury Bill holders and thanks them for their patience, over what was, for all, an unprecedented default last year.

It is our intention to continue the same process of gradual pay-down over the next year, with a view to a complete repayment of this debt, in full, to all holders who wish to redeem their securities.

Notwithstanding that event, however, the NIA has been able to keep its commitment to Treasury Bill holders, without any such investor having to take any discount or haircut on the securities being held.

Minister of Finance and Premier of Nevis Hon. Vance Amory, has indicated his satisfaction that through prudent fiscal management and planning, the Ministry of Finance has been able to meet its commitments to Treasury Bill holders without them suffering any losses.

“I am especially pleased that through a process of gradual payouts, the level of indebtedness of the NIA on this 365-day Treasury Bill, has been reduced by some 31.2 percent from EC$20 million to EC$13.76 million and that not one investor has been forced to take a haircut. This is a remarkable turnaround for the island and people of Nevis, after the unfortunate default last year and underscores our firm commitment to our investors.”

The Ministry of Finance is also pleased that new investors have come forward to take up Treasury Bills on this new issue. This is being seen by the NIA, as demonstrative of the tremendous market confidence in Nevis Island Government securities.