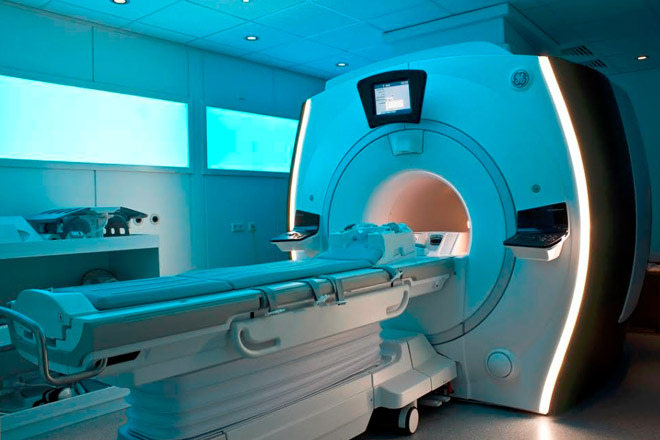 (SKNIS): Senator and Minister of State responsible for Health, Honourable Wendy Phipps, has informed that at least 150 individuals have accessed the Magnetic Resonance Imaging (MRI) services provided by the St. Kitts Biomedical Research Foundation between April and July of this year.

She revealed this during the town hall meeting held in Molineux, on July 18, 2016, noting that while the equipment arrived in the Federation in August 2015, it began operations in April. She explained that the technological equipment was a purpose-built, multi-million dollar investment that came in a 40 foot container. Operation required the foundation to build a concrete pad and invest in three-phase power.

Minister of State Phipps outlined that the MRI services were critical, particularly at this time when the Computerized Tomography (CT) Scan machine based at the Joseph N. France (JNF) General Hospital is not working.

“The CT scan at the JNF is not working,” said the Minister. “The CT scan does not belong to the Government; [it] is a joint venture between the Government and a Guadeloupe Company. The server that runs the system is broken and needs to be replaced in the tune of $30,000, but it is on the account of the Guadeloupe Company. But thankfully, because the MRI service is available, we have diverted those CT scan cases successfully to the MRI Unit.”

While the CT scan uses radiographic images (x-rays) to see inside the body, the MRI uses a magnetic field to show images internally. The MRI can give more detailed information in relation to certain investigations.

“So herein is another example of filling a void and creating yet another business opportunity for the Biomedical Research Foundation because they did not bring in the MRI to steal business from the hospital,” Minister of State Phipps said. “They brought it in to serve clients, for the ability to give better diagnosis so that at the end of the day the proper care can be administered to patients.”

The Senator thanked Alex Nisbett, General Manager of the St. Kitts Biomedical Research Foundation, and his team, as well as President of the facility, Dr. D. E. Redman Jr., for their investment.