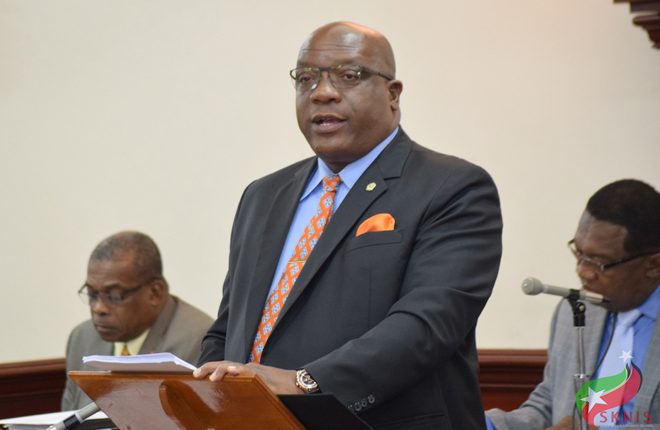 (PRESS SEC) – St. Kitts and Nevis’ Prime Minister and Minister of National Security, Dr. the Honourable Timothy Harris, says the main objective for the Ministry of National Security in 2018 will be to examine the results that have been achieved through the considerable investments his Government has made in it over the last two years.

The Team Unity Government will then “provide the required additional resources to build on the successes that have been achieved and finance new initiatives,” Prime Minister Harris says.

The Honourable Prime Minister states this in his Minister’s Message outlining the plans and priorities of the Ministry of National Security for the year 2018. His Message is contained in Volume II of the St. Christopher and Nevis Draft Estimates for the Year 2018: Ministry Expenditure Plans.

Crime statistics recorded up to August 22nd, 2017 and compared with the same period in 2016 show that homicides dropped by 22 percent, attempted murder by 38 percent, shooting at with intent by 29 percent, and grievous bodily harm registered a decline of nine percent.

Considerable investments made in the Ministry of National Security under Prime Minister Harris’ leadership include a 20 percent increase in risk pay for the security forces, which was provided two years ago in the 2016 Budget.

These investments have also taken the form of equipment such as drones and Motorola radio handsets with GPS tracking capabilities; training focused, for instance, on analyzing gunshot residue, as well as DNA and sexual assault evidence, plus an ongoing recruitment drive that has seen, most notably, the hiring of a National Security Advisor in the person of Major General Stewart Saunders who once led the Jamaica Defence Force, as well as the hiring of a new head of the Forensic Unit in the person of Mr. Narace Ramnarine of Trinidad and Tobago, who has 26 years of law enforcement experience in that country.

Investments in capacity building have seen more targeted operations by the RSCNPF in collaboration with the Customs & Excise Department and the St. Kitts-Nevis Defence Force. The security forces are also analyzing crime trends, making their targeted operations even more precise and effective.

In his Message, the Honourable Prime Minister says emphasis in 2018 will be placed on “a multifaceted approach to crime fighting” with a social and community component.

Prime Minister Harris also says there will be a focus on “stemming the tide of criminal activity to ensure that there is continued normalcy in the country; implementation of a robust social intervention programme to address the major roots of crime, re-educating at-risk youth in our schools and communities, and engaging police in renewed and re-directed community policing initiatives; and finally, continuation of legislative reforms to enhance crime fighting and deter crime.”

Priority actions for the Ministry of National Security next year will include facilitating the establishment of Neighbourhood Watch and Community Policing, as well as investing in greater use of technology, such as implementing closed-circuit television (CCTV) throughout St. Kitts and working with the Nevis Island Administration (NIA) to expand similar efforts in Nevis.

His Excellency George Gow Wei Chiou, Ambassador of the Republic of China (Taiwan) to St. Kitts and Nevis, handed over close to EC$5 million last year on Friday, December 2nd, 2016 and close to US$70,000 on Friday, November 24th, 2017 for Phase One of the Cities and Roadways Surveillance System CCTV Project. Phase One covers Basseterre, Frigate Bay and their environs.