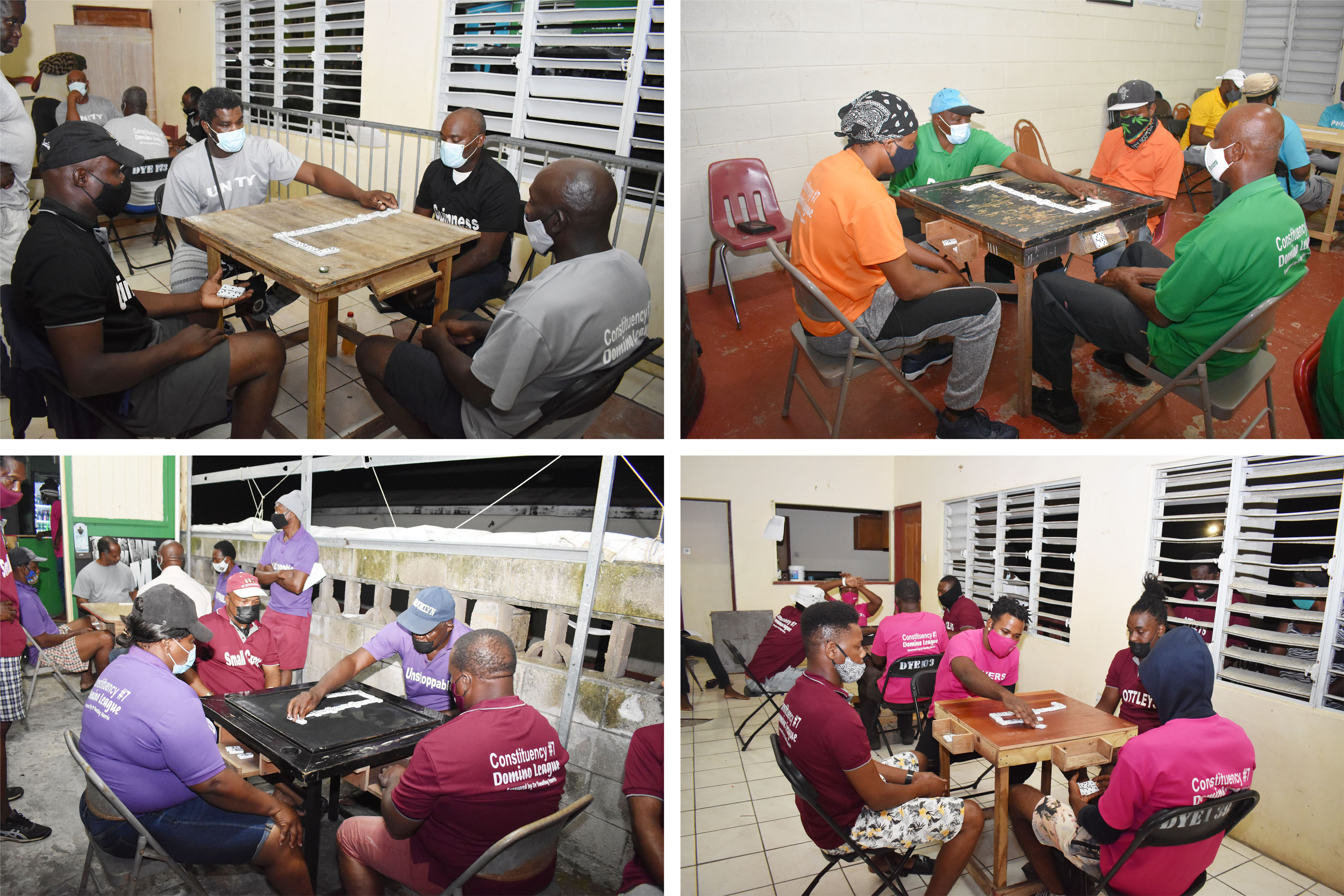 The game had started at the Tabernacle Community Centre, but a village-wide power blackout at 9:07 p.m. interrupted the games that were taking place at the venue. However, since the adjacent Tabernacle Police Station had a generator, the teams moved under the canopy of the Forensic Department of the Royal St. Christopher and Nevis Police Force.

While losing a game is always taken in a sportsmanship manner, the loss at home could not have come at a worse time for the champion team as watching the game was sponsor of the league and fellow villager, Dr the Hon Timothy Harris, Prime Minister of the Federation of St. Kitts and Nevis.

Tabernacle, which was under the command of acting Captain Lionel ‘Nabal’ Nisbett, started on a high note by winning the opening game and were at one time leading 9-3. After they moved to the new venue Molineux’s Captain Ericson ‘Wixie’ Wescott upped his game and by the time Prime Minister Harris was watching the game at the new venue Molineux were trailing 8-10.

A keenly fought see-saw battle ensured and at one time Tabernacle was leading 11-9 needing only two games to carry the day, but a determined Molineux pushed the games to tie at 12-12. After coming that far, Molineux could not entertain any loss and by taking control they took the final game to beat Tabernacle 13-12.

The second game at the same two venues between Christ Church Domino Club and Saddlers Domino Club, which was also watched by sponsor of the league Prime Minister Dr the Hon Timothy Harris, had the two teams exchanging lead. Saddlers led in early stages, Christ Church took over and was on the path to victory but Saddlers came back stronger to tie the game at 12-12. Saddlers, a team from Constituency Number Six, took the deciding game for a 13-12 win over Christ Church.

At the end of the sixth segment of play in the 26th edition of Constituency Number Seven Dr the Hon Timothy Harris Domino League, former champion team Unity still leads on the points standing table with 29 points. It is followed by Sylvers 24 points; Lodge 20 Points, Christ Church 20 points, and Saddlers 20 points.

Seventh segment of play in this only round of play in the 26th edition of Constituency Number Seven Dr the Hon Timothy Harris Domino League will be on Tuesday October 19 and all games will be played at the new Lodge-Ottley’s Community Centre in Ottley’s, which has the capacity to accommodate all the seven games under the strict Covid-19 protocols.

“All teams are asked to be mindful and please remember of the venue changing to the new Lodge-Ottley’s Community Centre on the Island Main Road in Ottley’s,” announced PRO of Constituency Number Seven Domino League, Allington Berridge. “The Covid-19 protocols including wearing of masks and hand sanitising will be observed and checking of body temperature will still be done every night on entry. Let us all keep the tournament under good grace, friendship, and good sportsmanship, and remember we are all one.”

Defending champion team Tabernacle will face Mansion, while Parsons will be coming up against Phillips. Other games will be Saddlers vs. Small Corner Bar; Molineux vs. Unstoppable; Lodge vs. Guinness; Sylvers vs. Christ Church; and Unity vs. Ottley’s