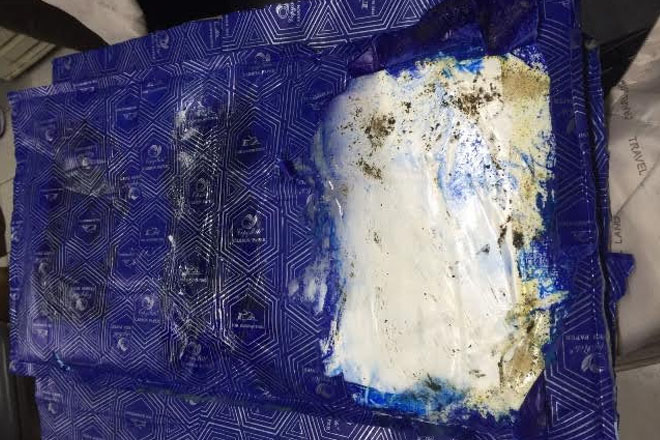 (ZIZ NEWS) — The Public Relations Department of the Royal St. Christopher and Nevis Police Force is singing its praises following a joint operation, conducted by officers of the Special Services Unit, the Anti-Narcotic Unit and other law enforcement agencies.

According to reports, Sunday’s operation resulted in the seizure of more than one kilo of cocaine which has an estimated value of EC$103 thousand.

ZIZ News understands that the operation commenced at the Robert L. Bradshaw International Airport and ended with the arrest of three persons at a residence in Buckley’s Site.

According to a release, “A search warrant was executed on the premises for Possession of Controlled Drugs, Firearms and Ammunition.” It says “During the search, 1.22 kilos of cocaine was discovered in a false compartment within a suitcase.”

We are told that all three persons were taken into police custody and are expected to be charged in connection with the incident.