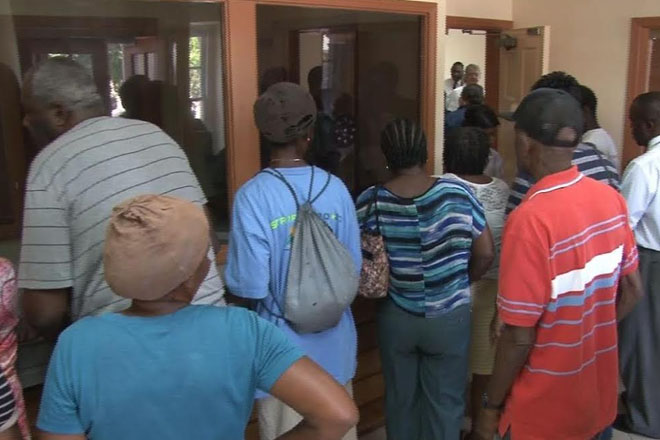 More than 1800 Former Sugar Workers to benefit from payout

Basseterre, St. Kitts (SKNIS) — Based on an all encompassing criteria, 1861 former sugar workers or their beneficiaries are set to gain from the EC $16 million granted by the Bolivarian Republic of Venezuela in support of the government’s compensation initiative.

According to Prime Minister Dr. the Hon. Timothy Harris, the former sugar workers represent those who never received their fair share of compensation after their backbreaking work on the sugar plantation before its closure in 2005.

“This represents the delivering of our promise of a fair share and a fresh start,” stated the Prime Minister.

Dr. Harris noted that the government has doubled the pool of beneficiaries compared to the 968 initially paid during the first payout in 2005.

The criteria, which were decided by the committee and approved by the cabinet, outlined that the applicants or beneficiaries must have contributed to the advancement of the industry in one form or another and must have worked in the industry. It also includes that the application must have been completed by or on behalf of the worker. Years of service and average wage were all significant factors in the calculation of the payout. Total length of service was used; hence, absence at closure did not disqualify an applicant from benefiting.

The Prime Minister also stated that it was critically important to note that the industry, “for the longest period of any other industry, provided the backbone of job support to many in the country.”

“This then was no ordinary closure and we believe that extraordinary consideration ought to have been given to all who made a contribution to the industry,” Dr. Harris said.

While highlighting eligibility guidelines, the Prime Minister noted that the Sugar Workers’ Restoration Fund (SWFR) Committee worked tirelessly to ensure that voices of the former sugar workers were heard.

“When we look at the criteria, the fact that the committee came and gave good consideration, went across the length and breadth of St. Kitts and Nevis and went to Nevis in particular, heard from the people and reconciled their sentiments, – we [the government] demanded to ensure the fair distribution. We want to congratulate them for coming up with a formula that represents a fair share for all.”

Speaking to the administrative team at the SWRF Secretariat, which was established to ensure the distribution of funds, the Prime Minister stated that “the force of the secretariat will continue [to be in operation] until such time, [the completion of the payouts which will begin on September 18th], by the office of the Prime Minister.”