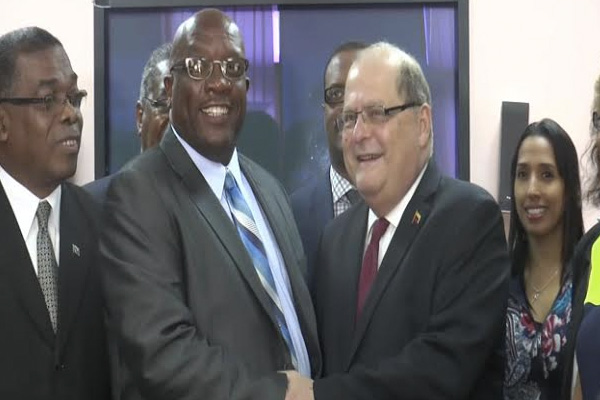 (ZIZ News) — Prime Minister the Hon. Dr. Timothy Harris says more projects are on the way under the Petrocaribe agreement with Venezuela.

He made the comments during a presentation ceremony for sixteen million EC dollars to compensate former sugar workers.

“We will, over the course of the months, be pursuing with the government of Venezuela, a number of projects that we think would form part of the expectations of support under these particular programmes. For now they have readily accepted to provide for us sixteen million dollars to cover what we have described as the shortfall in the compensation package to the former sugar workers,” he said.

Venezuela’s ambassador to the United States, His Excellency Bernardo Alvarez Herrera said it is their aim to get involved in socio- economic development programmes with partner countries.

The government will host a press conference on Thursday morning at the NEMA Conference Room to outline the details of the compensation arrangement for former sugar workers.