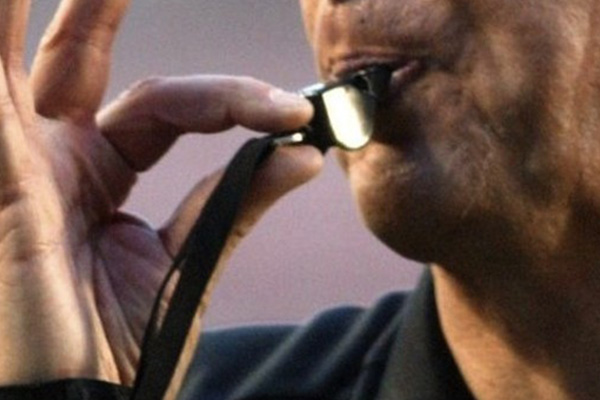 Curtis Morton JR made his debut as Referee in the SKNFA Premier Division on the evening of Thursday 21st November.

The young upcoming Referee who has learnt his trade through classes conducted by FIFA’S  Referees’ Instructor, Malcolm Ramsey, has also been in charge of matches played in the  Nevis Football Association league which is currently ongoing.

He officiated in the match played between Mantab and St.Thomas-Trinity Strikers played at the Gardens Playing field.

It was an exciting encounter and ended in a 2-all tie.   However, in his efforts to maintain control of the game, Morton issued no fewer than seven yellow cards.

In a brief comment after the game, he stated: ‘The game was tough but the experience was great.’