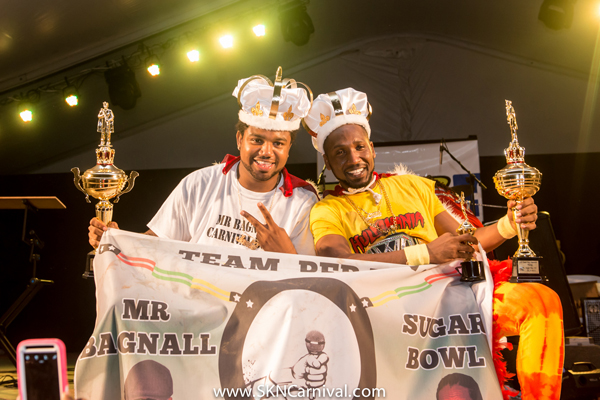 17 of the Federation’s top soca artists went head to head in Friday’s Groovy and Power Monarch finals but only two emerged winners.

Mr. Bagnall did enough in the Groovy category to walk away the 2014/15 crown.

Performing to his song “Carnival Boss”, Mr. Bagnall amassed a total of 270 points to win the title.

In the more energetic category of the ZIZ Power Soca Monarch, Sugar Bowl won the crown.

Performing his song “What you Gonna do”, Sugar Bowl amassed a total of 249 points.

First runner-up in the Power Monarch category went to Mr. Mention while Mr. Bagnall walked away with the second runner-up position.