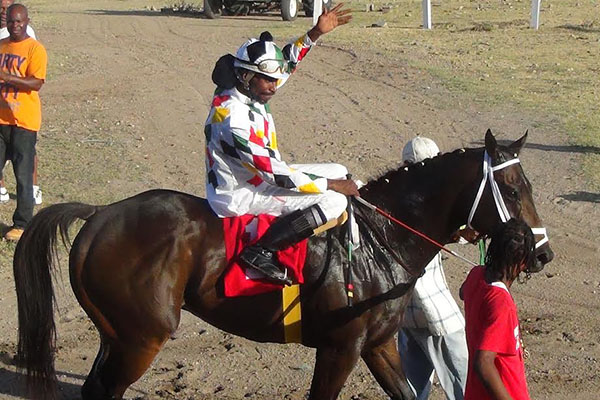 It was easily the biggest crowd of the year, as hundreds of patrons turned up to witness the Easter horse race meet at the Indian castle race track on Sunday 20th April.  This included several boatloads of horse race fans from St. Kitts.

Race number four on the cards, easily attracted the most attention as it included the indomitable MR.BIG PEPE who had been off on sick leave for a few races.

The big question was: Was he fully recovered and how would he run on the big day?

The powerful horse held its own for most of the race, skillfully ridden by veteran Brem Liburd but as the horses took the final bend, it was obvious that OSUNA ridden by Julian Walters was holding a decisive lead.  It was also obvious that MR. BIG PEPE was going to suffer a rare defeat and so Brem Liburd did not push him to the finish, settling for second place.

All of the other races also created much excitement for the huge crowd which was also entertained by the Grand masters band.

3RD ALL EYES ON ME